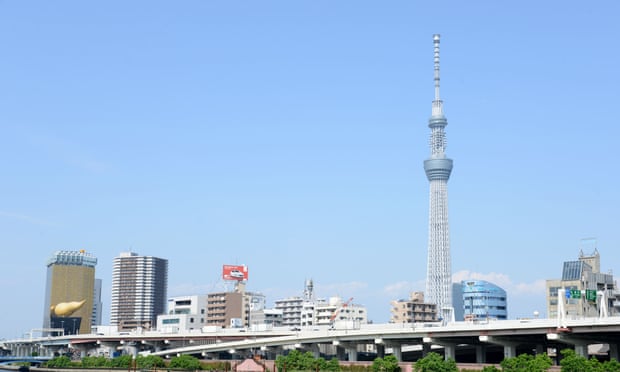 A Japanese hydraulics firm has admitted falsifying inspection data for equipment used to protect hundreds of buildings from major earthquakes, including venues for the 2020 Tokyo Olympics.

Tokyo-based KYB and a subsidiary said the practice of doctoring data for hydraulic oil dampers – which control vibration and reduce shaking during earthquakes – affected almost 1,000 structures across Japan.

But the firm said the data problem – the latest in a string of quality-control scandals to hit Japanese companies – did not present an immediate safety risk.

The land ministry also attempted to allay safety concerns, saying the affected buildings would be able to withstand a quake measuring a maximum 7 on the Japanese seismic intensity scale. Quakes of that intensity cause buildings to sway with such force that people find it impossible to stay on their feet and risk being “thrown through the air”.

The ministry said it suspected the problem stretched as far back as 2000, although records were only available from 2003 onwards.

KYB refused to identify the affected buildings, but local media said its shock absorbers had been installed at the Ariake Arena and Olympic Aquatics Centre – both venues for the 2020 Games – as well as in government offices and the 634-metre Tokyo Skytree.

The shock absorbers form part of a system that enables tall buildings to sway and absorb some of the seismic waves during a powerful quake.

An earthquake that killed 6,400 people in the city of Kobe in January 1995 forced Japan to rethink its building regulations. The engineering advances made since then mean that many buildings are able to withstand strong quakes that would be expected to cause more serious damage in other countries.

KYB executives said at least eight employees had deliberately fudged data to save time and avoid delivery delays. Its president, Yasusuke Nakajima, apologised at a press conference and promised all of the affected products would be replaced.

The admission prompted building owners throughout the country to check if their properties used KYB equipment, according to Kyodo News.

KYB is the latest Japanese firm to admit that it cut corners when compiling data.

In July, Nissan admitted it had deliberately altered data on exhaust emissions and fuel economy, and in March, the head of Kobe Steel was forced to resign, months after the firm admitted submitting falsified strength and quality data for products used in cars, bullet trains and aircraft.

KYB shock absorbers were installed in government buildings in several other cities and regions, including Osaka.

Osaka’s governor, Ichirō Matsui, criticised KYB for installing “defective products” in the prefectural government building and demanded that they be replaced immediately.

“This shows a decline in corporate ethics. I want the company to recognise that data falsification could put people’s lives at risk,” he told reporters, according to Kyodo.

Golden passports’ firm was consulted by government over investor visas