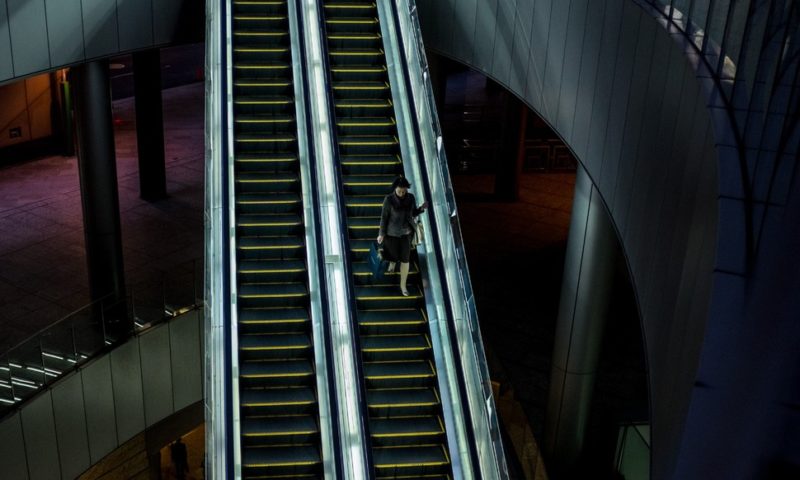 An aging population and shrinking domestic workforce is forcing the Asian nation to liberalize its immigration laws.

TOKYO — IT WAS THE mystique of Japan’s culture that Theo Fundone says lured him to the East Asian country. The 24-year-old works at a French restaurant in Shinjuku, the bustling ward in Japan’s capital that is known for skyscrapers and the red-light district called Kabukicho.

“I am discovering something new every day. I just learned how people here put yuzu in their hot bath,” says the French citizen from Rennes, referring to the Japanese practice of immersing themselves in water containing the citrus fruit to obtain its healing, soothing and warming effects. After his one-year visa expires, Fundone says he wants to obtain a working visa and find a job as an IT developer, the same line of work he had back in France.

In one respect Fundone is unusual; a European adult, he stands apart from recent immigration trends in Japan that have seen students primarily from Asia stream into the island nation, particularly in the big urban centers such as Tokyo and Osaka. In Shinjuku, for example, 13 percent of the 346,000 residents are non-Japanese. By 2018, 45 percent of 20-year-olds did not hail from the Land of the Rising Sun.

But in a larger sense Fundone is part of a group that Japan’s leaders now see as part of the country’s future. Facing severe labor shortages and a rapidly aging society, leaders passed legislation in December to throw the nation’s gates open for more workers from abroad. The aim is to attract an additional 340,000 workers in the next five years. Some hail it as a historic milestone. It is a daring move, after all, for a country known for discrimination against foreigners.

Shinjuku and other urban enclaves are now teaming with young foreign workers in service sectors like convenience stores and fast food restaurants, entering the country under student or trainee visas, which became a major loophole for labor-hungry Japanese industries. (The recently passed law that goes into effect in April will pave the way for a more full-fledged workforce with a limited time period of five years).

“The foreign population here in Shinjuku is highly liquid,” says Keiko Uchino, director of the multicultural society division of the Shinjuku ward. An estimated 40 percent are young people with student visas, mainly from Asian countries such as China, Nepal and Vietnam, Uchino says. Students are permitted to work up to 28 hours a week, no questions asked and even 40 hours during the summer and winter break periods.

Today there are 17,000 working international students in Shinjuku alone, a slice of a national picture that has seen the number of foreign students double in the past five years to 260,000.

Japan is already one of the fastest-growing destinations for young workers in the globe, Yamada says. The East Asian power ranks fourth in the world for the number of foreign workers entering the country, says Yamada, citing figures from the Organization for Economic Cooperation and Development. “It’s something that has happened just in the last few years,” he says.

When Zhang Ding, 28, a Japanese language student from the Chinese province of Shanxi, was searching for a part-time work in Kyoto in late 2017, he quickly found one through a smartphone app called Baitoru.

“They needed people urgently at the time,” he says of that initial job. Before the interview was over, “The staff told me I could come to work the next week. It was quite easy.” More recently, he found a full-time-job as a management trainee at Hoshino Resorts, a major hospitality chain in Japan to start in April. “They asked some basic questions about my health and other information,” he says, and an offer came instantly afterwards. “I was surprised I got it that easy.”

In many Asian countries, “Students think they can go to Japan and earn money while studying,” he says. “They get to earn and learn Japanese while at a job.” Lawson even has recruitment and training centers in South Korea and Vietnam for Japan-bound students interested in a part-time work at Lawson. “We are now hiring more foreigners and more seniors,” at a time that the youth Japanese population is shrinking, he says.

Hosting the majority of international students are Japan’s myriad language schools, which are authorized to issue visas. A wide range of schools exist, from quality institutions to a number of profit-seeking organizations that use predatory practices, says Sukero Ito, professor of Japanese education at Tokyo University of Foreign Studies. Some of those schools in the second group exploit the system economically, Ito says: They receive fees from brokers overseas to get language students who pay their tuition out of wages earned as part-timers in Japan.

“And they don’t educate the students properly. A stricter supervision of these schools is necessary.”

Nevertheless, the growing number of international workers has provided Japan a chance to embrace more diverse populations. These days, “both store owners and customers think nothing of it (having foreign workers around),” says Li, himself from China. “They got used to it.”

Along with the rapid growth of foreign tourists, which hit a record 30 million in 2018, the Japanese have warmed to the presence of foreigners, says Tomoya Suzuki, an economist with NLI Research Institute, a think tank affiliated with the Nissei life insurance firm. Recent data suggests Suzuki is right: 54 percent of Japanese polled by Nikkei Shimbun, the country’s leading business daily, favor the recent legislation to attract foreign workers, compared to 34 percent opposed.

One theory being tested in real-time, Suzuki says, suggests, “… that the more opportunity you have for interaction (with foreigners), the greater the receptivity. The changing public views of non-Japanese, he adds, paved the way for the December legislation to accept more foreign laborers.

Suzuki warns that when a future economic downturn may hit, such sentiments might turn sour, particularly among the low-skilled blue-collar workers who might blame foreigners for taking their jobs. “That is the scenario that I would be worried about for the future.”

Accepting foreign workers will still continue to expand because the recent relaxation is far from sufficient, Suzuki says. “The economy is basically strong.”