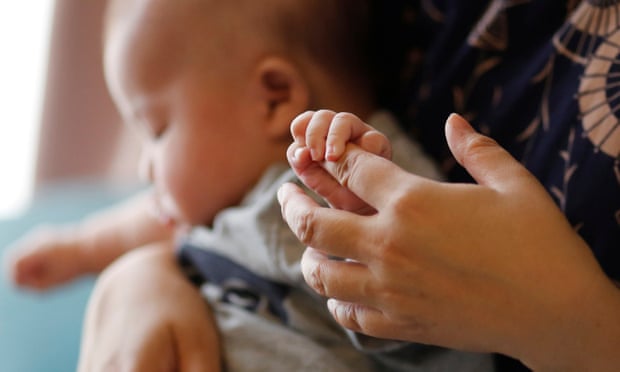 In 2018 there were 921,000 births and 1.37m deaths, with government efforts failing to encourage families to have more children

Japan suffered its biggest population decline on record this year, according to new figures that underline the country’s losing battle to raise its birth rate.

The number of births fell to its lowest since records began more than a century ago, the health and welfare ministry said, soon after parliament approved an immigration bill that will pave the way for the arrival of hundreds of thousands of blue-collar workers to address the worst labour shortage in decades.

The ministry estimated 921,000 babies will have been born by the end of 2018 – 25,000 fewer than last year and the lowest number since comparable records began in 1899. It is also the third year in a row the number of births has been below one million.

Combined with the estimated number of deaths this year – a postwar high of 1.37 million – the natural decline of Japan’s population by 448,000 is the biggest ever.

The data suggests the government will struggle to reach its goal of raising the birth rate – the average number of children a woman has during her lifetime – to 1.8 by April 2026. The current birth rate stands at 1.43, well below the 2.07 required to keep the population stable.

The prime minister, Shinzo Abe, has described Japan’s demographics as a national crisis and promised to increase childcare places and introduce other measures to encourage couples to have more children.

But the number of children on waiting lists for state-funded daycare increased for the third year in a row last year, raising doubts over his plans to provide a place for every child by April 2020.

Japanese people have an impressive life expectancy – 87.2 years for women and 81.01 years for men – which experts attribute to regular medical examinations, universal healthcare coverage and, among older generations, a preference for Japan’s traditional low-fat diet.

But the growing population of older people is expected to place unprecedented strain on health and welfare services in the decades to come. Some of those costs will be met by a controversial rise in the consumption (sales) tax, from 8% to 10%, next October.

The number of centenarians, meanwhile, had risen to 69,785 as of September this year, with women making up 88% of the total.

Japan has the highest proportion of older people – or those aged 65 and over – in the world, followed by Italy, Portugal and Germany.

The National Institute of Population and Social Security Research in Tokyo estimated that more than 35% of Japanese will be aged 65 or over by 2040.