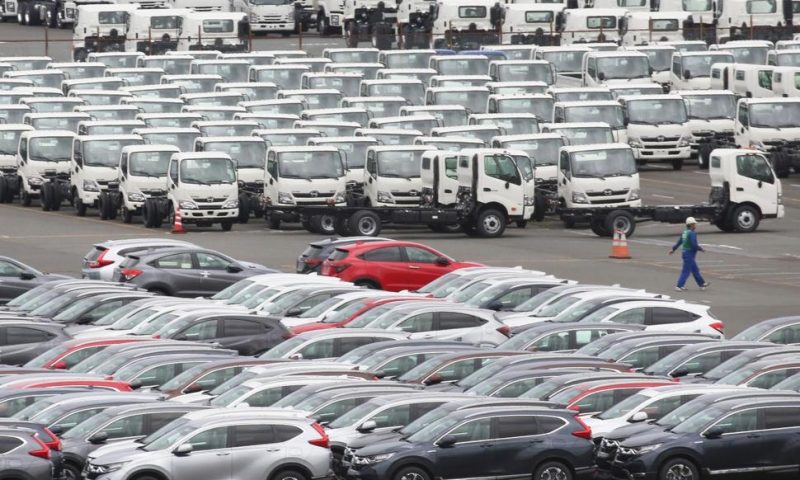 Japan reports its exports fell 8% in August from a year earlier as trade tensions took a growing toll on demand across the region.

TOKYO — JAPAN’S exports fell 8% in August from a year earlier, as trade tensions took a growing toll on demand across the region.

Exports of machinery, vehicles and chemicals all declined, the Finance Ministry reported Wednesday.

Trade with China took a bigger hit, with exports sinking 12% and imports down more than 8%. Exports to most other Asian countries also fell.

The yen’s growing strength against other currencies was a factor. But overall export volumes fell nearly 6% and import volumes also fell by 6% as trade tensions between the U.S. and China and between Japan and South Korea reverberated across supply chains.

Trade could rebound in coming months, Marcel Thieliant of Capital Economics said in a commentary.

“The big picture, though, is that exports are likely to remain weak over the coming year,” he said.

A government survey of businesses released Wednesday showed sentiment at its worst since the aftermath of the March 2011 earthquake and tsunami which devastated a swathe of Japan’s northeastern coast.

Looming over the outlook is a sales tax hike due to take effect in October that is likely to hit big purchases hardest, Capital Economics said.