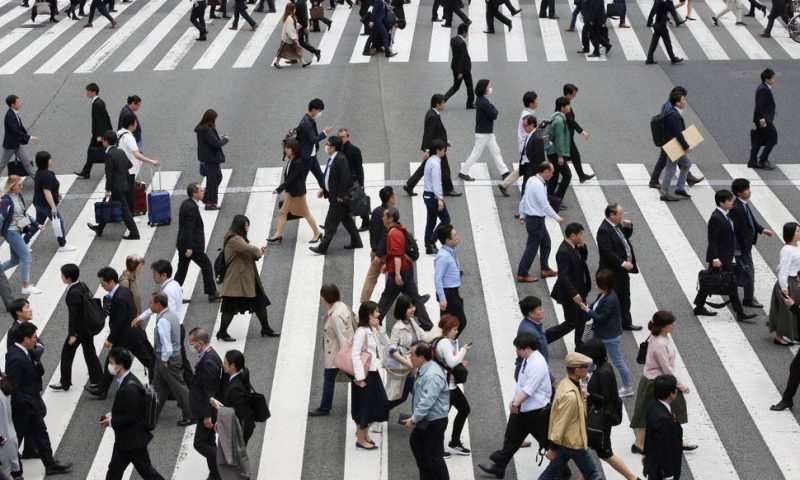 The Japanese government says Japan’s economy grew at an annual pace of 2.1% in the first quarter, marking the second straight quarter of expansion.

TOKYO — JAPAN’S economy grew at an annual pace of 2.1% in the first quarter, marking the second straight quarter of expansion, according to government data released Monday.

The Cabinet Office said seasonally adjusted real gross domestic product, the total value of a nation’s goods and services, grew 0.5% in the January-March period from the previous quarter.

Healthy public investment and private residential investment helped boost growth during the quarter, according to the data, which is likely to be revised.

Japan’s economy has recorded moderate growth under Prime Minister Shinzo Abe’s “Abenomics” anti-deflation programs but contracted in some recent periods because of natural disasters and other factors.

The impact from the deepening trade dispute between the U.S. and China also is crimping demand for export-reliant Japan.

Worries have been growing that the momentum for Japan’s economic growth may be slowing.

Harumi Taguchi of IHS Markit in Tokyo said one factor behind the better-than-expected results was that imports slowed as well as exports, which signals slowing internal demand.

“Extra holidays related to the new emperor, the Rugby World Cup and a lift in consumption ahead of an expected sales tax increase are expected to support consumption for some time,” he said.

But he noted that extra government measures may be needed to support spending after the tax takes effect. Japan is set to implement a sales tax increase from 8% to 10 % later this year.