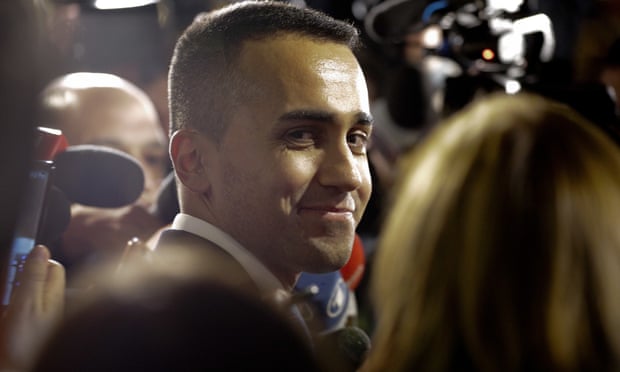 The Italian government has defied a request to present a revised draft budget for 2019 to the European commission, as it pursues its big-spending strategy.

Luigi Di Maio, the deputy prime minister and leader of the anti-establishment Five Star Movement, which is ruling in coalition with the far-right League, said the government was committed to maintaining its deficit target of 2.4% but it would move forward with plans to cut taxes, introduce a universal basic income and lower the retirement age.

Italian leaders had until midnight on Tuesday to respond to the commission, which last month took the unprecedented step of asking a member state to revise its draft budget.

The yield gap, or effective interest rate, on 10-year Italian government bonds is hovering about 300 basis points above German debt, seen as Europe’s safe-haven investment, ahead of Tuesday’s budget deadline.

“In the letter to the EU, we have included safeguard clauses to avoid the target going over 2.4% in case the government’s growth projections are not confirmed,” Di Maio said. “We are convinced that this is the budget that will restart the country.”

He added that the government would seek to raise money by selling some state-owned property, but would stick to other plans. These include refunding those who lost savings in a deal brokered in 2016 by the previous administration to rescue four banks and providing funds to the 11 regions affected by recent flooding.

The government believes the strategy will produce growth of 1.5% over the coming year, despite the economy stalling in the third quarter. Italy is saddled with about €2.3tn (£2tn) of public debt and the Bank of Italy warned on Friday that the cost of servicing the extra debt could rise to €5bn in 2019 and €9bn in 2020.

Matteo Salvini, also deputy prime minister and leader of the League, said the budget would “guarantee more jobs, pension rights and less tax, not for everyone, but for many Italians”.

Analysts suspect the defiance of Europe is part of a strategy, particularly by Salvini, to whip up anti-EU anger among voters ahead of the European elections. However, it is also likely the government will make some budget changes behind the scenes.

“It is more about communication than politics – they will try to defy, but they will make some small changes to the budget,” said Mattia Diletti, a politics professor at Sapienza University in Rome. “It is a typical Italian way to say one thing and then do something else.”

About €10bn has been set aside in the budget to fund the universal basic income, a key campaign promise by the Five Star Movement. But some changes to the initiative have already been made since Di Maio jubilantly announced in September that it would “pull 6 million people out of poverty”.

“There will be less money for less people,” said Diletti.

Roberto D’Alimonte, a politics professor at Luiss University in Rome, said the government’s aim seemed to be to deliberately collide with the EU. The commission could impose sanctions if the budget does not change.

“But in the end, the EU isn’t really the referee,” said D’Alimonte. “The issue is the sustainability of the debt, and this will be decided by the markets, not the EU.”

There is also little in the budget that reflects an investment strategy for growth. “There is only a political strategy – they need to please their constituencies,” said D’Alimonte.