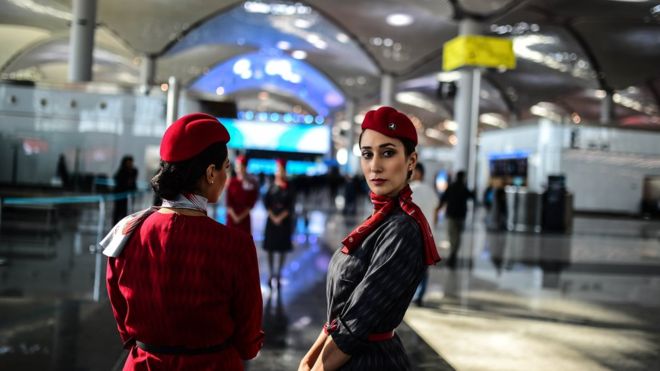 Turkey’s newest airport, planned to be the world’s largest, has been officially opened in Istanbul.

Istanbul Airport will be capable of handling up to 90 million passengers by 2021, with further expansion leading to a total capacity of up to 200 million.

That would be almost double the capacity of the world’s busiest airport last year, Atlanta.

But the airport has not been without controversy – at least 30 workers have died during its construction.

But the opening of what may one day be the world’s busiest airport was largely symbolic, as only a handful of flights will begin to operate in its first week.

The $12bn (£9.4bn) project has been spearheaded under Mr Erdogan’s government, which envisions Istanbul becoming a global transit hub between Asia, Africa and Europe.

Istanbul’s existing Ataturk Airport will continue to operate as normal until the end of the year, when it will transfer its international code – IST – as its replacement begins to ramp up its capacity. 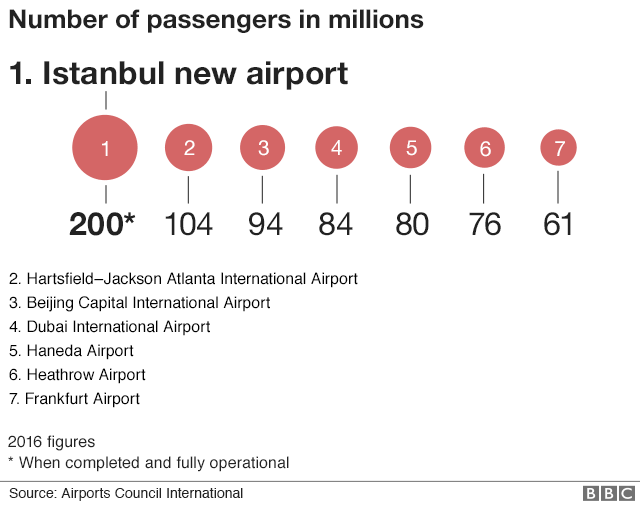 Turkish authorities plan to move all operations from one city airport to another in the space of a day – currently scheduled for the end of December.

After that point, Ataturk airport would be closed to passenger traffic, and continue as a private airfield until its current lease expires in 2021.

Istanbul’s other, smaller airport, Sabiha Gokcen, is expected to remain operational into the foreseeable future.

Lion Air: How could a brand new plane crash?