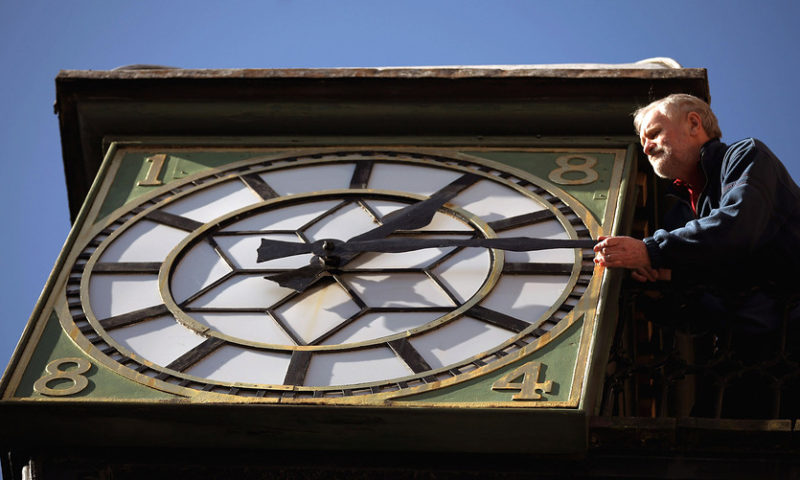 TINA is the acronym for “there is no alternative,” a market mantra that reflected the frustration of investors who saw no alternative to stocks in a post-financial crisis world dominated by ultralow government bond yields as the Federal Reserve and other global central banks embarked on asset-buying programs and other forms of extraordinary stimulus.

A selloff in Treasurys has seen longer-dated yields rise quickly in recent weeks, playing catch-up with a long-running rise in shorter-dated yields. Yields and debt prices move in opposite directions.

Indeed, the rise in the 10-year Treasury yield TMUBMUSD10Y, +0.42% to a more-than-seven-year high above 3.26% on Oct. 9 was blamed by some investors for a subsequent U.S. stock-market selloff that turned into a global rout. That selloff, in turn, sparked a flight to traditional haven assets, like Treasurys, pulling yields back down. But they began to creep back up, with the 10-year yield ending Friday near 3.195%.

The question for investors is whether the yield on Treasurys and other lower volatility alternatives is attractive enough to justify shifting money out of stocks. For one money manager, the answer is, not yet.

“While investors now have some fixed income alternatives to equities, we do not consider them attractive enough yet to warrant underweighting equities relative to fixed income. The backdrop for equities remains sufficiently supportive, valuations are favorable relative to historical norms, and upside risks at least partly offset the downside risks we continue to monitor,” said Mark Haefele, chief investment officer at UBS Wealth Management, in a note.

It comes down in part to the reason that yields are rising. In the view of Haefele and stock market bulls, it’s because the U.S. economy remains robust rather than because investors fear a surge in inflation that would hurt stocks.

Also, while 10-year yields have been on the rise, “this has been more than offset by rising earnings, and the equity risk premium, a measure of equity valuations relative to bond valuations, still exceeds its historical average,” he said.

Haefele said he’s maintaining a “modest” overweight position in global equities. While equity performance has been dominated by the U.S. so far in 2018, “risks are present around the world” and “diversification is the best approach to control portfolio volatility.” U.S. equities are no longer immune to selloffs, he said.

Relative to cash, however, UBS is overweighting U.S. Treasurys. Haefele said argued that investors have largely priced in the full rate-hiking cycle, which UBS expects to peak with a fed-funds rate of 3.25% to 3.5% in late 2020, meaning the 10-year yield is unlikely to rise significantly — and that Treasury prices shouldn’t fall much further either. He’s also overweight dollar-denominated, emerging-market sovereign bonds, arguing that the 6.5% yield on a popular index is attractive, despite current uncertainty surrounding emerging markets.

For U.S. equities, the past week was a mixed bag as earnings season picked up steam, largely delivering positive results. Stocks continued to see volatile trading but major indexes managed to stabilize, with the exception of the Nasdaq Composite, which continued to suffer as investors continued to dump once popular tech shares.

On the earnings front, 17% of companies in the S&P 500 have delivered third-quarter results so far. More companies are beating estimates than average, but the magnitude of the beats is smaller than average, said John Butters, senior earnings analyst at FactSet.

Saudi Arabia tried to develop a mole inside Twitter: report