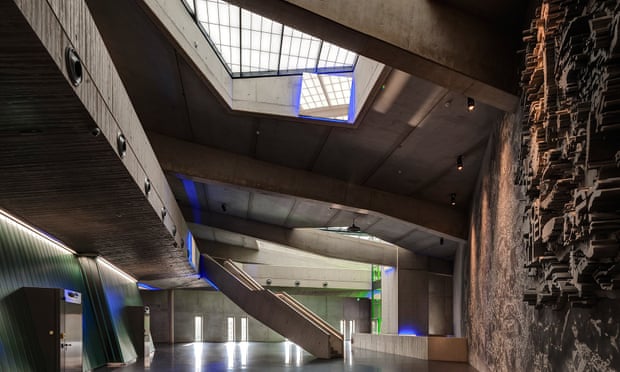 Depending on who you speak to, Le Freeport is a high-security storage facility or a money-laundering risk

Along with free trade deals, tax cuts for high earners and the threat of a no-deal Brexit, special tax-free zones are likely to feature in a Boris Johnson premiership.

The frontrunner to move into No 10 told a Tory hustings event this week that the UK could have six tax-free zones, known as free ports. Belfast, Teesside and Aberdeen are among potential locations. A US congressional report in 2013 estimated there were 3,500 free ports across 135 countries, hosting tax-free zones spanning from car production to fine art storage.

One of those zones, and a potential model for the UK’s post-Brexit future, can be found at the end of a motorway, in a warehouse backing on to Luxembourg airport.

This is no ordinary warehouse: Le Freeport is a maximum security centre for the super-rich to store art, fine wine, vintage cars and other treasures. Roughly the size of three football pitches, Le Freeport has four bullion chambers, space for 750,000 bottles of wine, and airport landing bays designed for armoured vehicles.

The squat four-storey building is designed to look like a jewellery box, not an obvious feature to the casual viewer looking through the barbed wire fence and metal gates.

The interior is said to be luxurious, with chic rooms for wealthy clients to arrange sales or simply contemplate their treasures within the confines of the thick walls. “It is more akin to a contemporary art museum than a warehouse,” says David Arendt, former managing director of Le Freeport.

The draw for super-rich clients is not having to pay import taxes, VAT or capital gains tax on anything stored or sold within its confines. Promoters say clients benefit from lower insurance premiums and the easy access to the airport tarmac.

The opening of Le Freeport in 2014 – to capitalise on the dash for safer assets after the financial crisis – was not universally welcomed in Luxembourg. A local group of artists, Richtung 22, wrote and performed a satirical play about what its spokeswoman Ada Günther calls a “fortress for art”. The play also took aim at what the authors see as the government’s aim to make the Grand Duchy “a haven for the super-rich from other countries”, Günther said.

Doubts mushroomed in 2015 when the Swiss businessman and majority shareholder in Le Freeport, Yves Bouvier, was arrested on charges of defrauding clients by misrepresenting the value of artworks. Bouvier, who owns a stake in the Geneva free port and created the Singapore free port, denies all charges and legal cases are ongoing.

In response to the furore, the Luxembourg government tightened anti-money-laundering controls. Since 2015 the three logistics firms licensed to work in Le Freeport have been obliged to keep records of the beneficial owner of property stored in the warehouse. Luxembourg customs officers inspect everything that arrives through the doors.

“In 2015, the government decided to evaluate the free port in Luxembourg and came to the conclusion that there were indeed money-laundering risks,” said Djuna Bernard, co-president of Luxembourg’s Green party in a statement.

The Greens pressed for transparency after joining a coalition government in 2013. Luxembourg is “the only country in which the Direct Tax Office has access to the [ultimate beneficial owner] data,” Bernard said.

The European parliament thinks Le Freeport remains a money-laundering risk. “Everything is very opaque and murky,” says Ana Gomes, a Portuguese socialist who stood down as an MEP this week. Gomes, a former member of the parliament’s special committee on tax evasion, visited Le Freeport in February 2018, but remains unconvinced by its controls.

Gomes thinks Luxembourg police and tax authorities do not have adequate access to the data collected by the logistics firms working in Le Freeport. “It is a major scheme to evade paying taxes, to avoid money-laundering controls,” she alleges.

Luxembourg’s Indirect Tax Office (AED) found Le Freeport to be “high risk in relation to money laundering”, according to evidence collected by the European parliament.

Le Freeport has strongly rejected the allegations. “The claims that Le Freeport could be used for money laundering and/or the concealment of stolen art are absurd and without factual basis,” said a company representative. “Le Freeport is probably the most controlled storage place in the European Union.”

The unexpected introduction of anti-money-laundering rules put Le Freeport at a “competitive disadvantage”, one Freeport logistics operator told the European parliament. “Clients like their privacy and are thus reluctant to provide their data. The same goes for merchants and dealers,” said the operator, who estimated Luxembourg’s tougher rules cost them up to 30 clients, who went to rivals with “more discretion”.

There are dozens of free ports inside the European Union, but all have to abide by EU law, including an update of anti-money-laundering rules that comes into force in 2020, obliging free ports to carry out due diligence on clients.

There are 80 free ports in EU member state territories and their dependencies. This includes a free port on the Isle of Man, the British crown dependency, which is neither part of the EU nor the UK.

After Brexit or a Brexit transition period, the UK would no longer be obliged to follow EU anti-money-laundering rules. But free port critics argue the UK would pay a price for abandoning EU standards. “If politicians in Britain think Britain should go rogue in financial services, yes it makes sense to have a free port, but I don’t think it is something good in the long run for the reputation of Britain,” said Gomes.

If Brussels deems British tax loopholes excessive, the UK could forfeit access to European markets, or even end up on a tax blacklist, she added. “If that is the way for Britain after Brexit, if so, there are no shortage of ways in which the EU can react.”

US labour market booms in June