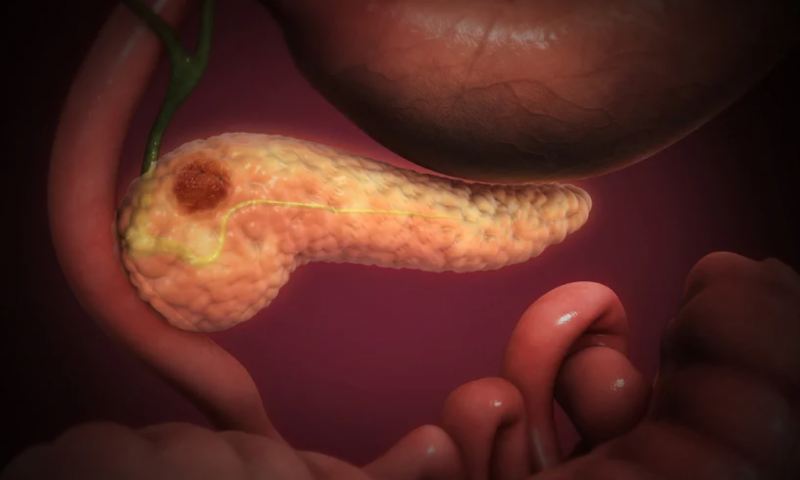 The protein is interleukin-17 receptor B (IL-17RB), and the team discovered that a small piece of synthetic peptide placed on the flexible loop region of the protein could impede its pro-cancer signaling. In a mouse model of pancreatic cancer, the peptide reduced tumor metastases and extended survival.

The findings, published in Science Translational Medicine, support the development of biologics and small-molecule drugs against IL-17RB, the researchers suggested.
Within the IL-17 cytokine family, IL-17A and its receptor are known to regulate inflammation in some diseases. But the over-expression of IL-17RB has been linked to tumor formation and growth. The exact mechanism by which IL-17RB responds to its activator, IL-17B, to promote cancer isn’t fully understood.

By analyzing tumor samples from pancreatic cancer patients, the team found IL-17RB was indeed correlated with reduced survival and poor outcomes. When those cancer cells were implanted into mice, high IL-17RB activity was also linked to an increased formation of tumors and metastasis.

The researchers went on to discover that the kinase MLK4 was required for IL-17RB signaling, once IL-17B was stimulated. They identified the flexible loop section of IL-17RB as a critical region for the receptor’s interaction with MLK4.

So the team hypothesized that a synthetic peptide containing the flexible loop region would compete against the real version, thereby inhibiting the ability of MLK4 to bind with IL-17RB in tumors.

In cell cultures, the loop peptide disrupted the interaction between IL-17RB and MLK4, while a control peptide had no effect. The treatment lessened the ability of pancreatic cancer cells to form colonies and invade other cells. Unlike a straightforward anti-IL-17RB antibody, which could also block signaling by IL-17E, this loop peptide was more specific, the team showed.

In mice bearing pancreatic tumors, treatment with the loop peptide prevented metastasis to the lung and liver and reduced the recruitment of certain immune suppressor cells and anti-inflammatory M2 macrophages, which can dampen the immune attack on tumors. What’s more, the investigative treatment prolonged the animals’ life span, the team reported.

Pancreatic cancer is among the most difficult forms of cancer to treat, and many scientific teams are trying different approaches to tackling the disease. Researchers from the University of Pennsylvania recently found that systemic inflammation caused by such cytokines as IL-6 and IL-8 could be account for poor survival outcomes in pancreatic patients treated with a CD40 agonist and the chemotherapy gemcitabine.

Researchers at Sanford Burnham Prebys Medical Discovery Institute focused on stopping the spread of pancreatic cancer by inhibiting a protein called Slug. While Slug itself is not yet druggable, two other proteins—ERK and eIF2 alpha—were pinpointed as Slug-related targets.

The China Medical University team suggested that their findings related to the signaling mechanism of IL-17RB could inspire drug development. Peptides similar to the one they used in the study or small molecules could be developed to treat pancreatic cancer, as well as other tumors driven by the IL-17RB pathway, including breast cancer, the researchers wrote in the study.

AIB swings to loss, sees return to profit in 2021