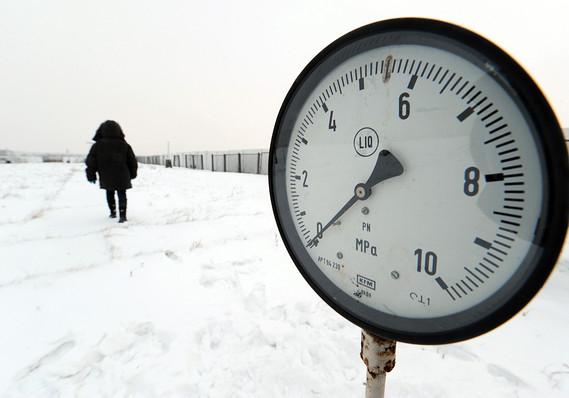 You can thank falling inflation for the stock market rally and the Federal Reserve retreating from a vow to raise U.S. interest rates again this year.

The central bank did an about-face in January just a month after it raised interest rates because of growing worries over the threat of recession.

What gave the Fed the cushion to do so, however, was a decline in inflation toward the end of last year that now appears likely to persist well into 2019.

This week is likely to yield more evidence of relaxed price pressures. The consumer price index for January, due Wednesday, could show the weakest rate of yearly inflation since the summer of 2016.

The rate of consumer inflation in the 12 months ended in December slipped to 1.9% from a seven-year high of 2.9% at the beginning of last summer. It could fall below 1.5% in January.

The chief source of falling inflation is lower oil prices, but that’s not all.

Medical costs in the U.S. have risen in the past two years at the slowest pace since the 1950s, the CPI shows, and rents have started to taper off. Rising rents also played a big role in the spike in inflation last year.

The global economy, meanwhile, has taken a turn for the worse and triggered declines in the prices of many key commodities such as metals and grains. That’s also holding inflation at bay — not to mention stoking concerns about whether the slowdown around the world will spread to the U.S.

The Fed clearly doesn’t think inflation is a big worry. Chairman Jerome Powell said as much after the central bank adopted its newest version of wait and see.

“Inflation readings have been muted, and the recent drop in oil prices is likely to push headline inflation even lower still in coming months,” Powell said.

Steve Blitz, senior economist at TS Lombard, said the Fed wants to err on the side of caution and avoid anything that undercuts the economy. The plunge in the stock market DJIA, -0.25% SPX, +0.07%  in December and tighter restrictions on credit for consumers and businesses gave them quite a fright.

The one worry sign for Wall Street pros and Fed hawks who fidget about inflation are rising wages.

Hourly pay is climbing at a 3%-plus rate after years of 2% or smaller gains. Some economists predict wage growth will soon top 4% because of the tight labor market and widening shortages of skilled labor that’s forcing companies to offer better pay.

If the cost of labor keeps increasing, firms might try to raise prices and fan the flames of inflation across the economy.

Others are not so sure. They point to fierce global competition that’s keeping prices in check, the use of the Internet by consumers to seek out the best deals and ongoing efforts by companies to cut costs, especially with the use of automation and robots.

What’s if the low-inflation-as-far-as-the-eye-can-see-view is wrong? No need to worry about it — for now.

“If wages are a problem next year, OK,” Blitz said. “The Fed knows how to deal with that.”