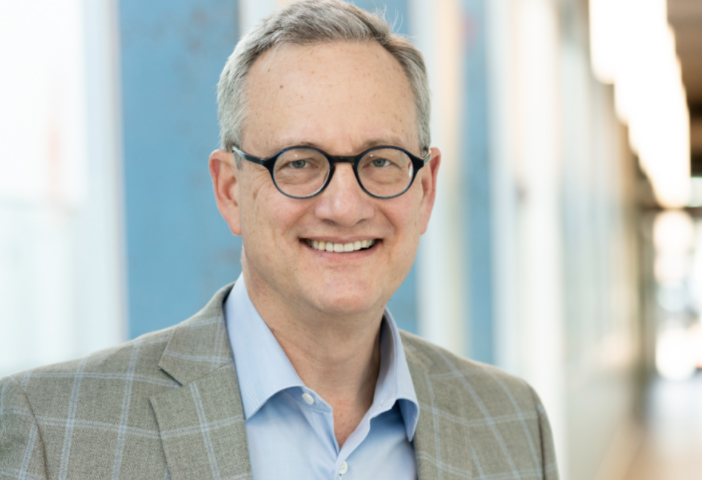 When John Leonard, M.D., retired from AbbVie in 2013, he relished the idea of building something from scratch. Over his 22-year tenure at Abbott and AbbVie, he helped the latter grow from what was “almost an afterthought” when he joined Abbott in 1992 into a pharmaceutical giant.

“Seeing how one thing could lead to the next opportunity was something that was a lot of fun, but I had never done it from an absolutely standing start,” Leonard said.

At first, he figured he’d be more of a spectator in creating a company, playing an advisory role.

“But when the opportunity came to jump in, especially with the revolutionary aspects of gene editing, it was too good to pass up,” Leonard said of the chance to help build Intellia Therapeutics and contribute to the budding field of genetic medicine.

The former AbbVie chief scientific officer and R&D head joined Intellia in 2014 as Atlas Venture, Caribou Biosciences and top CRISPR scientists were forming the company. He started out as the biotech’s chief medical officer, transitioned to the R&D chief role and eventually took over from founding CEO Nessan Bermingham, Ph.D., in 2018.

And it’s not just Leonard’s job that’s evolved—the gene editing field has begun to mature, too.

“In the earliest days, people tended to think about the most obvious applications—I like to put that in the box of fixing the broken gene. That is a really important application because there are many instances where we don’t have a way to do that,” Leonard said. “But as the technology moved on and our facility with it has improved, I think it’s become possible to think broadly about a multiplicity of changes within a different cell. I liken it to rewiring cells.”

Intellia is working on what it calls a “full-spectrum” approach to gene editing. That approach includes a pipeline of in vivo CRISPR-based treatments—which edit genes within the body to treat disease—and an ex vivo pipeline, with which it uses CRISPR to edit cells outside the body, creating engineered cell therapies for cancer and autoimmune disease. The company is pursuing both approaches because the lessons it learns from one can help improve its efforts in the other, Leonard said.

This year, Intellia is on track to file applications to advance NTLA-5001, an ex vivo treatment for acute myeloid leukemia, and NTLA-2002, an in vivo therapy for hereditary angioedema, into the clinic. Those programs will join NTLA-2001, an in vivo treatment for transthyretin amyloidosis (ATTR), which became the first CRISPR-based therapy to be delivered intravenously to a patient when its phase 1 trial started last year.

Editas Medicine also has an in vivo CRISPR program in the clinic, but the treatment—for a rare, genetic form of blindness—is injected directly into the eye. Rather than developing different delivery systems for each organ or tissue, cracking systemic delivery is the key to opening up gene therapy to more diseases, Leonard said.

“When we think about gene editing and the promise of being able to edit any gene, anyhow, the key point is anywhere … What we have set out to do is have the most generalizable delivery modality we can find and that has been the systemic approach with lipid nanoparticles,” he said.

As companies like Intellia and Editas build up clinical data around their approaches, confidence will rise in the biopharma industry and its investors, leading to more opportunities to “think more broadly about how to apply gene editing.” Over the next three years, Leonard expects many different gene editing treatments to be in the clinic, with some potentially approved. But that’s just one side of the equation.

“It doesn’t do much good to make drugs that nobody can use. We need to think about how to manufacture these treatments, what is their appropriate use and how to fit them into the current healthcare system,” Leonard said. “These are things we have to solve one at a time, and I think it becomes more approachable and tractable as you have early success.”

While Intellia is working on these hurdles, the company has also ramped up its social justice efforts. In addition to making sure it has diversity of thought and opinion—as well as demographics—within its walls, it decided the best contribution it could make to the wider community was in science, technology, engineering and mathematics, or STEM, education.

“We thought that STEM education for minorities, especially African Americans, was very important,” said Julie Ferguson, Intellia’s interim head of external affairs and communications. “Our team rallied together to raise about $40,000 for UNCF and next year, we will be giving scholarships for students in the STEM field through UNCF.”

Beyond helping with scholarships, Intellia staffers tutor and mentor students, serving as a “lighthouse” for those considering careers in STEM but who may not know how to get there.

“We lose sight as an industry sometimes about the rarefied nature of where we sit and what we do, and as you step back and look on what many of us see as a possibility, I think that is very poorly understood by the larger populace,” Leonard said. “As we’re bringing people along with us, scientifically, from a career point of view, we just have to be very, very mindful of that.”