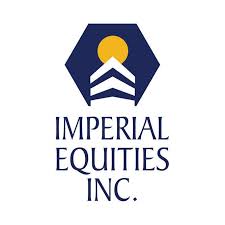 The 41,630 ft2 building is situated on 3.81 acres of prime industrial land with excellent exposure to major thoroughfares in the Leduc/Nisku/Edmonton industrial region. The property serves as headquarters for Dynomax Drilling Tools Inc., a multinational company involved in the manufacture and supply of leading performance drilling products engineered for the oil and gas industry. These high value products and services are designed for vertical, directional and horizontal drilling operations around the globe.

“The transaction is a standard sale leaseback wherein the seller agrees to sell the property but remain as a tenant. Imperial agreed to the transaction and completed a new lease with Dynomax on the land and buildings for a period of 10 years at prevailing market rents. This is characteristic of the ideal transaction whereby Imperial’s tenant base remains largely international in scope,” said Sine Chadi, President and CEO of Imperial.

Imperial Equities Inc. is based in Edmonton, Alberta. A publicly traded company anchored by commercial and industrial real estate properties in its targeted Edmonton and Alberta markets. Additional information is available at: www.imperialequities.com