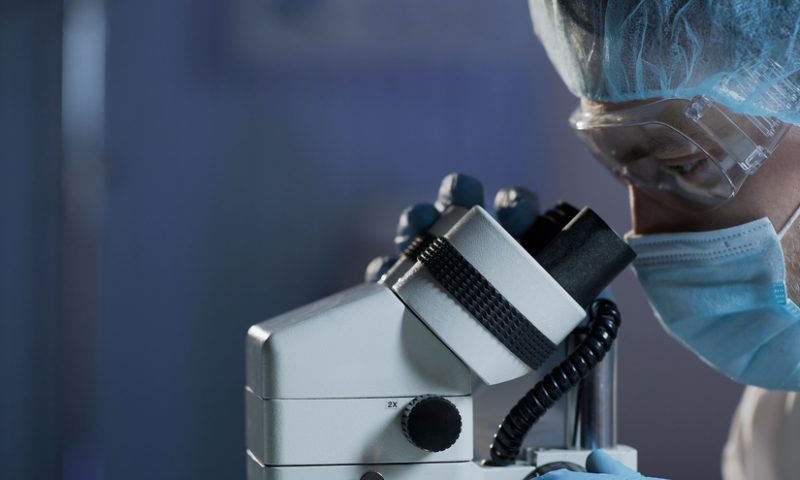 When Gilead Sciences snapped up Forty Seven last year, CEO Mark McCamish could have called it a day. He joined a few boards and thought about retiring, but he’s jumped back into the game because he felt a calling to contribute to the treatment of cancer. Now, as CEO of IconOVir Bio, he’s shepherding a pipeline of cancer-killing viruses toward the clinic and just raised $77 million to do it.

“There were many different opportunities,” said McCamish, who holds an M.D. and a Ph.D. “You look for transformational science, but then you look for the people. When you run into barriers, you want to have people who can get you over the barriers that are there.”

The science was an oncolytic virus platform developed by Clodagh O’Shea, Ph.D., of the Salk Institute, and the people included Arie Belldegrun, M.D. and David Chang, M.D., Ph.D., of CAR-T companies Kite Pharma and Allogene Therapeutics, along with a strong investor slate.

Nextech and Vida Ventures led the series A round, with Polaris Partners, GV, Wellington Partners, Logos Capital, and Belldegrun and Chang’s Two River Group also participating. The funds will propel a pipeline of oncolytic virus programs into the clinic within the next 18 months to two years, IconOVir said in a statement.

Those include lead asset IOV-1042, which is derived from the common cold virus. IOV-1042 and its peers are designed to overcome the barriers seen in earlier-generation oncolytic viruses, including the need to inject them directly into a tumor and the need to tune down their cell-killing properties because they can infect normal cells as well as cancerous ones.

“Because oncolytic viruses can enter into normal cells, there was an effort to moderate the lytic capacity of the virus. So, the viruses were not as powerful as they could be in terms of lysing, or killing, the cancer cell,” McCamish said. That’s why they work more like vaccines—when they infect a tumor, they signal the presence of cancer cells to the immune system and provoke a response.

O’Shea developed four ways to modify oncolytic viruses to make them more tumor-selective and therefore open them up for intravenous, rather than intratumoral, delivery, as well as increased potency.

In the case of IOV-1042, those changes include introducing mutations in the virus’s genetic code that make it unable to replicate in healthy tissue and deleting some genes that let it replicate “more robustly” in tumor cells, McCamish said. One modification allows the virus to bind to cancer cells even if those cells have lost the receptor viruses normally bind to; another still stops the liver from clearing the virus, giving it time to do its work.

IconOVir wants to get IOV-1042 into the clinic in the first half of 2022, McCamish said. A big focus will be on manufacturing the virus for clinical trials and designing a phase 1 study that can answer some big questions, like which patient groups to go into or what kinds of combinations make sense in the future.

Pfizer’s CMO Rothenberg hits the exit, handing over the reins to Stanford’s Habtezion