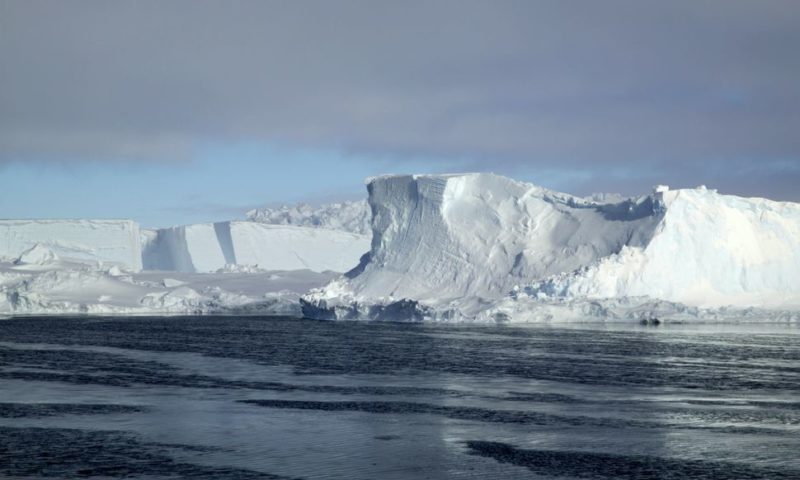 Scientists are worried that the separation could cause further instability on the Brunt Ice Shelf.

AN ICEBERG TWICE THE size of New York City will soon break off of Antarctica’s Brunt Ice Shelf.

Humans first established a presence on the ice shelf in 1955, but cracks growing across the shelf continue to widen, leading to a likely separation. A crack of particular concern for scientists is the Halloween crack. It first appeared in October 2016 and has continued to grow eastward, according to NASA.

Additionally, a rift in the ice shelf that had been stable for 35 years recently began growing northward as fast as 2.5 miles per year. When the rift grows to meet the crack, an area of ice 660 miles wide will break away from the shelf. Although it won’t be the largest iceberg to break away from Antarctica, it is likely to be the largest to break from the Brunt Ice Shelf since observations began there in 1915, NASA said.

The potential break has prompted concerns over safety for people working on the shelf, including researchers at the British Antarctic Survey’s Halley Station. According to NASA, this area is a “major base for Earth, atmospheric and space science.” It is open year-round, but has closed twice recently because of unpredictable changes in the ice.

Calving, when an iceberg splits apart, is a normal part of an ice shelf’s life cycle, NASA said. While the Brunt Ice Shelf has been evolving since 1915, the changes have accelerated in the part several years.

Chris Shuman, a NASA glaciologist, said that researchers aren’t certain about what drives shelves’ “periods of advance and retreat through calving,” but the separation of the iceberg “suggests that more instability is possible.”

Okinawa: Tokyo to overrule referendum on US base

AutoNation Inc. (AN) Moves Lower on Volume Spike for February 25