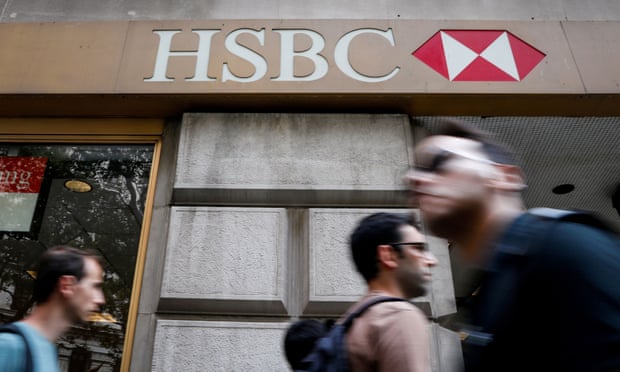 HSBC plans to lay off up to 10,000 staff as it embarks on a fresh cost-cutting drive just months after ousting its chief executive.

The cuts would mostly affect high-paid roles and shrink the global workforce by 4%, the Financial Times reported (£). It comes as the UK-based bank grapples with falling interest rates, Brexit and global tariff wars. HSBC declined to comment.

The job losses would come on top of 4,700 redundancies – mostly senior jobs – announced in early August, when HSBC similarly warned about a challenging global environment linked to US interest rate cuts, Britain’s EU divorce, the US-China trade war, and unrest in Hong Kong.

The staff cuts would mark the first major shake-up under the interim boss, Noel Quinn, who took over after the surprise departure of the chief executive, John Flint, in August. Flint is believed to have left HSBC amid tensions with its new chairman, Mark Tucker, after failing to take swift action on tough decisions at the lender. HSBC said its strategy had not changed and insisted Flint left by “mutual” agreement.

Regarding the latest planned wave of cuts, the FT quoted an unnamed source as saying: “We’ve known for years that we need to do something about our cost base, the largest component of which is people – now we are finally grasping the nettle.”

The cuts could disproportionately hit HSBC’s European operations, where returns have lagged behind its Asian division. It was the only region to record a loss, totalling £520m, in the first half of the year.

“There’s some very hard modelling going on. We are asking why we have so many people in Europe when we’ve got double-digit returns in parts of Asia,” the FT’s source said.

It is not yet clear where the job cuts may fall, but analysts at Citi said: “HSBC has a structural profitability challenge in the Americas and Europe and headcount reduction may be appropriate.”

The workers’ union Unite said the report caught staff by surprise, and is now demanding answers from HSBC management. “Unite is appalled by press reports of 10,000 job cuts globally and has raised urgent questions with the management of the bank in order to get vital answers on behalf of our members working within HSBC.”

The cost-cutting drive mirrors measures taken by other lenders that are battling global headwinds.

Banking peers including JPMorgan Chase and Wells Fargo have lowered their 2019 profit forecasts as central banks around the world loosen monetary policy in response to a weakening global growth outlook. Lower and negative interest rates mean banks stand to make smaller profits on customer loans, especially if they have offered higher returns on deposits to attract customers.

Investment banks have also suffered from increased competition from automated trading, while increased capital requirements set to come into effect in 2022 are expected to make trading less profitable for a number of players.

Deutsche Bank shocked markets when it announced 18,000 job cuts, a fifth of its global workforce, and posted its biggest quarterly loss in four years in July. Germany’s second-largest lender, Commerzbank, plans to cut 4,300 full-time posts – a tenth of its workforce – and shut 200 branches as it restructures. France’s Société Générale is laying off 1,600 people. Barclays said it had already cut 3,000 jobs globally in the first half of the year.

HSBC’s own staff cuts could be formally announced when HSBC reports third-quarter results at the end of this month.

Michael Hewson, the chief market analyst at CMC Markets UK, said: “Amongst a lot of the major investment banks, HSBC has been one of the few to be reluctant to wield the axe as aggressively as some of its rivals, probably due to the fact that its scale and profitability has meant that it hasn’t felt the need to be as aggressive, especially in Europe where its cost base is much higher.

“Previous CEO John Flint’s demise appears to have come about as a result of his reluctance to take the necessary steps to cut back in Europe, however new acting CEO Noel Quinn doesn’t appear to have the same qualms and could well start to wield the axe across Europe to the tune of up to 10,000 jobs, as HSBC looks to focus more on its more lucrative Asia operations.”

Global Shares Mixed With All Eyes on China Trade Talks