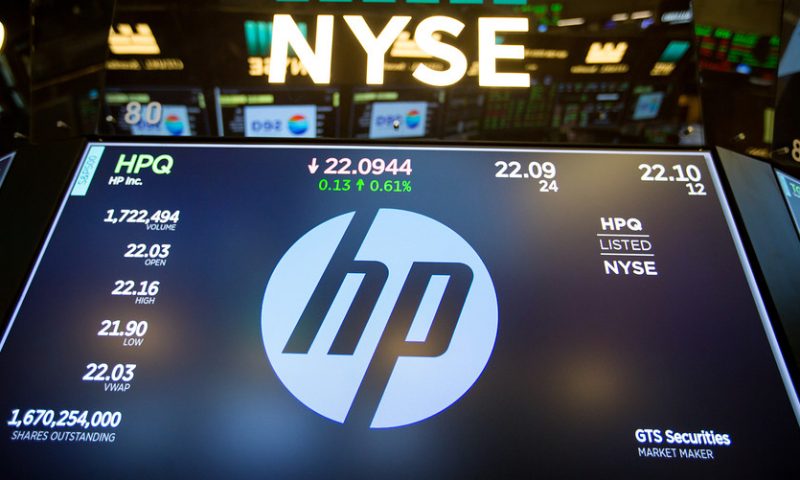 HP Inc. on Thursday announced a major restructuring that will eliminate 7,000 to 9,000 jobs over the next three years as part of a series of moves to transform the computing giant into a software and services powerhouse.

“This is one of the toughest decisions we had to make, but it is absolutely necessary for HP’s  future,” incoming Chief Executive Enrique Lores told MarketWatch in a conference call with a handful of industry analysts. Lores and Chief Financial Officer Steve Fieler laid out a financial road map for the company’s fiscal year 2020 several hours before HP’s analyst day was to start.

The boldest move is a job reduction of up to 13% to 16% of HP’s 55,000 employees worldwide to save $1 billion in operation costs. Those savings, in turn, would be invested in software and services as HP HPQ, -1.02%   attempts to “reinvent business,” Lores said.

Corporate disruption and transformation will also come from evolving personal systems (PCs) and printers with a focus on services, expanding beyond hardware to create “true end-to-end solutions” for customers, and “a new operating model that puts our teams closer to our customers,” according to the 80-year-old company that was famously started in a garage in Palo Alto, Calif.

“It’s a new chapter for HP,” Lores, a 30-year veteran of HP who most recently led its $20-billion printer division, told MarketWatch. Lores, who takes over Nov. 1, was named successor to Dion Weisler in August. Weisler is returning to his native Australia because of a “family health matter” but remains on HP’s board.

Lores inherits a company whose printer supply revenue in the recently completed third quarter dove 7% to $3.2 billion — its worst year-over-year performance in three years, and Weisler warned of “macroeconomic softness.” HP shares are down 30% the past 12 months, while the S&P 500 SPX, +0.80%  has been flat.

HP did not specify which divisions would be affected by layoffs, only that it was “changing processes for back-end infrastructure” and becoming more digitally focused, said Fieler.

The bottom-line impact, Fieler estimates, is non-GAAP earnings for fiscal 2020 of $2.22 to $2.32 a share. Analysts polled by FactSet expect $2.24 a share. Additionally, HP raised its dividend by 10% and authorized an additional $5 billion for future repurchases of its outstanding shares of common stock.

HP is “moving to services, and the only way to get there is to invest $1 billion,” Patrick Moorhead, founder and principal analyst at Moor Insights & Strategy, told MarketWatch. Moorhead was briefed by HP on Thursday. “They have come up with the right story for Wall Street” and a more effective way to compete with Dell Technologies Inc. DELL, +0.55%  and VMware Inc. VMW, +0.60% as HP sells hardware and supplies to customers, he added.

HP’s corporate reboot is its latest since it and Hewlett Packard Enterprise were split from Hewlett-Packard Co. in late 2015. In 2016, HP announced 4,500 to 5,000 jobs would be eliminated at the end of fiscal 2019.

The cyclical PC market has been no help. As it ebbs and flows, so do the fortunes of HP, says Crawford del Prete, president of International Data Corp. “This goes with the territory,” he told MarketWatch. “So, they are trying to streamline operations and invest in new business models.” VMW, +0.60%

US Trade Deficit Widened in August to $54.9 Billion