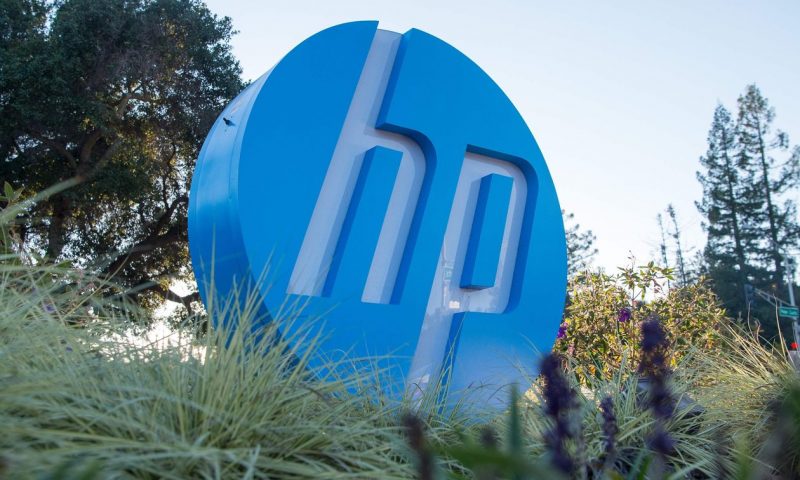 Revenue dipped 1% to $15.3 billion from $15.4 billion a year ago, on record unit shipments of PCs (19 million) and a solid quarter for printers (12 million). Consumer demand was a huge factor, with sharp increases in premium models (29%), gaming (23%), displays and accessories (59%) and Chromebooks (doubling).

HP, which vowed to increase its dividend 10% in fiscal-year 2021, also offered guidance of fiscal first-quarter non-GAAP of between 64 cents and 70 cents a share. FactSet has forecast 54 cents a share.

“The PC has become essential, across the consumer space,” HP Chief Executive Enrique Lores told MarketWatch in an interview before the results were announced. “This is driving increase in PC demand. Our results give us great confidence in our ability to drive long-term growth and shareholder value in 2021 and beyond.”

Analysts surveyed by FactSet had expected net income of 52 cents a share on revenue of $14.62 billion.

“What is becoming evident is that as consumers are locked down, families don’t want to share their PCs with each other and instead want a higher quality experience of their own,” Patrick Moorhead, principal analyst at Moor Insights & Strategy, told MarketWatch.

“HP’s confidence in demand for its PCs and printers appears set to continue into its new fiscal as its guidance came in well above consensus,” Daniel Newman, principal analyst at Futurum Research, told MarketWatch. “Coupled with its announcement of an increase to the dividend and an aggressive stock buyback program, the company clearly feels there is value to be unlocked and these moves will likely attract investors in the coming quarter.”

Gold price ends at lowest since mid July, but hangs above key support level at $1,800