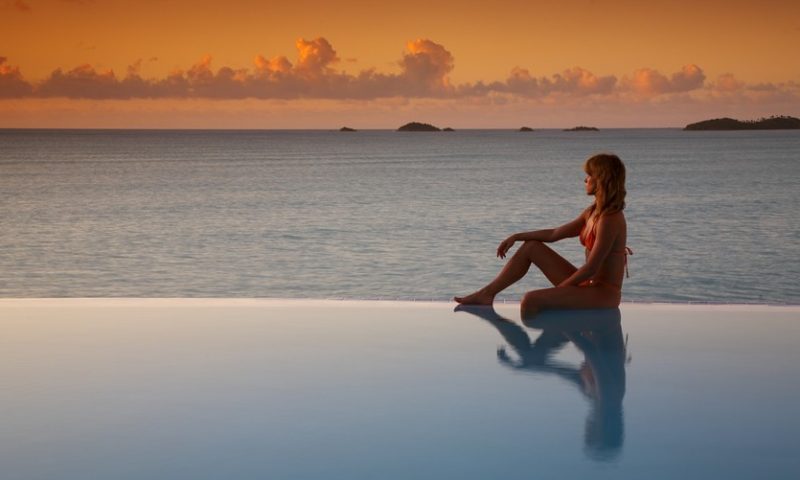 Some lucky person in South Carolina is today dealing with one of the most agreeable puzzlers known to the human race.

How exactly do you deal with a $1.5 billion jackpot?

That’s quite a chunk of change. Even if you take all the money upfront, you’re looking at well over half a billion in cash net of tax.

It should go without saying that the first things you should do, if you win this kind of jackpot, are, in order, to tell nobody, sign your lottery ticket, and hire a reputable certified financial planner and a lawyer.

The more money you have, the less reason you have to worry too much about a market downturn.

If you don’t know a good CFP, go to the private wealth management office of a bank that meets one very important criterion: It’s big enough to sue for $500 million or more if they screw things up.

Financial planners may not help you get the most out of your money, but they will probably save you from making disastrous first moves.

Lawyer Karen Gerstner, who has advised numerous lottery winners, notes that, under the legal principle of constructive receipt someone could, if they played their cards wrong, end up collecting their winnings over the next 30 years… while owing the full $300 million or so in taxes by next April. Oops.

Let’s assume you’re the winner and you’ve done these things. You’ve taken the smart financial and legal moves. You’ve gotten all your ducks in a row. And now you’ve taken your winnings.

You may want to go out and blow the full stack in one gigantic spree. We wouldn’t advise it, but, hey, it’s your money.

Assuming you don’t want to do that, you’re going to face a deceptively complex challenge. How can you invest all that money sensibly?

Some free advice for the winner

As an investor, you are in fat city. The great thing about investing: The more money you have, the less reason you have to worry too much about a market downturn. Someone with $500,000 in the bank should be genuinely worried about the possibility of a major market crash. Even if the risk is remote, a 50% or even 75% plunge could wipe out their financial plans. (And yes, such things have happened.)

But someone with, say, $500 million needs to have no such worry. If the worst happened, and a global crash sent markets plunging 75%, you’d be down to your last $125 million.

How would you ever survive? No wonder Warren Buffett was so bullish during the 2008 financial crisis. As “Saturday Night Live” pointed out, there really wasn’t anything to worry about so long as you were already one of the richest people in the world.

Investment research for the superrich

Firstly, the best long-term returns have typically come from equities: Stocks. That doesn’t mean they’re a great bargain right now, or that they won’t fall flat on their face in the short or medium term. It means that if you have $500 million and can afford to ride out anything, you could save yourself a lot of trouble by just owning stocks.

Unlike competing asset classes, from property to private equity to venture capital, they’re liquid, transparent, and they don’t cost you much in management fees.

Secondly, the best diversifier is cash, not bonds. Financial consultants Smithers & Co. conducted a study 12 years ago for an endowment at Cambridge University, where they really understand “long term” because they’ve been around for over 800 years.

If you are investing in stocks, a truly global portfolio will give you better returns for your risks than anything restricted to the U.S.

I once asked Smithers his conclusion. The long-term portfolio that got you the best returns for the volatility, he said, was one of 80% stocks, 20% cash, rebalanced once a year. (By cash, he meant short-term Treasury bills or the equivalent).

Thirdly, if you are investing in stocks, a truly global portfolio will give you better returns for your risks than anything restricted to the U.S. This is of course logical, as it widens your diversification. In practice, global stocks have helped protect investors from many of the worst downturns, including the early 1930s and the 1970s, and, for example, Japan since 1989.

Fourthly, and finally, while there are almost as many theories about to how invest in stocks as there are stocks, one that has worked well over time has been perhaps the simplest: Putting an equal amount into at least 30, and preferably more, stocks. Someone with half a billion or more could easily invest in 100 or 200 stocks from around the world easily.

Yes, they can be chosen at random, though you’d want to focus on more liquid names, preferably in jurisdictions where you have some confidence in the rule of law. At the end of each year, you simply “rebalance” the portfolio — selling down some of your winners, and buying some more of your losers, so that they are back to equal weights again. Research has found this strategy has handily outperformed the traditional stock market indexes over time.

Yes, selling some of your stocks each year to rebalance the funds will trigger taxes. But why should you care? You have so much money now that you really don’t need to worry.

And it will probably be a lot cheaper than the alternative portfolio management costs. For what it’s worth, most rich people are probably paying far more money to their financial advisers than they do to Uncle Sam.

Follow this investment plan and you will not have that problem.

So 20% of your money in Treasury bills. The other 80% invested equally across about 100 to 200 different stocks chosen at random from the developed and reputable emerging markets around the world.

And now the question: How do you spend the money that comes in?

Twitter earnings: The cost of purging millions of accounts