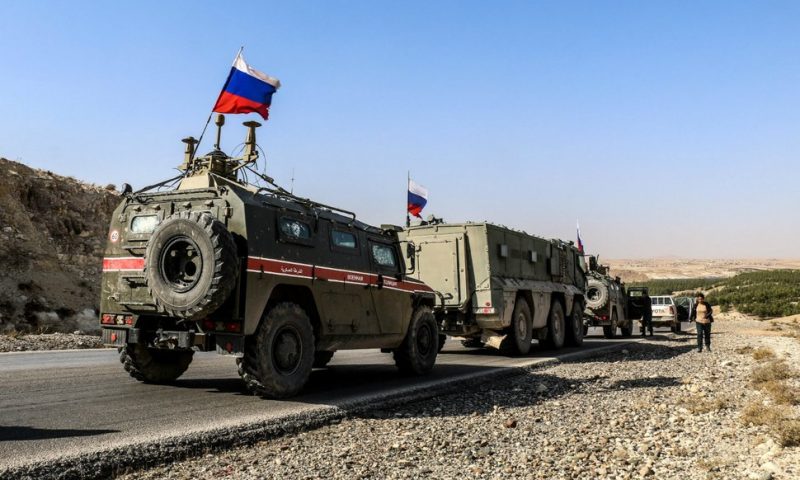 The Russians spend the highest share of their military budget on procurement and build much of the equipment in-house.

AFTER A DECADE OF HEAVY investment in modernizing its military, Russia, a country with an economy similar in size to Spain, now has an updated army, navy and air force that fuel President Vladimir Putin’s ambitions of keeping the country’s superpower status. The upgrade has been possible, experts say, by boosting in-house production levels of weapons and equipment, and choosing to spend a larger share of the budget on acquisitions.

The Russian military received increased funding beginning in 2011, which improved pay for employees, allowed for the purchasing of high quantities of new and more sophisticated equipment, and supported more training and exercises.

Although the country spends significantly less in absolute figures than what the United States, China, Saudi Arabia, India or France each put into their military, in relative numbers Moscow spends a higher share of its defense budget for acquiring new or modernized equipment and weaponry.

“The share assigned to procurement of new equipment and modernized equipment and research and development is significantly higher than for any other major power,” said Richard Connolly, director of the Center for Russian, European and Eurasian Studies at the University of Birmingham, at a panel at the Center for Strategic and International Studies in Washington, D.C., this week.

Russia also benefits from high military production capabilities that allows its military to build most of the equipment it needs on Russian soil.

“Russia has a very low import dependency,” Connolly added. “it’s not absolute, but in the last five years, because of the sanctions, Russia has become even more self-reliant when it comes to production of military equipment and doesn’t buy many goods.”

This week’s assessment of Russia’s military capabilities comes amid Western anxieties about Moscow’s ambitions abroad, a worry that has grown since the country annexed by force Crimea away from Ukraine in early 2014. In August, the United States and Russia withdrew from the Intermediate-Range Nuclear Forces treaty, leaving just one nuclear arms reduction pact between the two countries.

Since 2015, Russia acquired more than 250 long-range ballistic missiles; by the end of 2018, nearly 1,000 military helicopters in Russia were modernized. In addition, in the past eight years, the country added more than 1,000 new or modernized combat planes, more than any other country over the same period.

More than 3.5 million Russians work in defense positions, which adds up to 5% of the Russian workforce being dedicated to military purposes.

This spending “strengthened Russia’s position as a geopolitical actor and reinforced its leadership’s claims to Russia’s status of a ‘great power’,” Connolly said in a report on the topic published in October.

In addition, Russia is unlikely to see budget cuts in this sector, as the Russians historically have seen the military as one of their greatest assets, Connolly remarked at the CSIS panel.

“Even when their economy is not doing well, they still make sure they allocate a large proportion of output to military spending.”