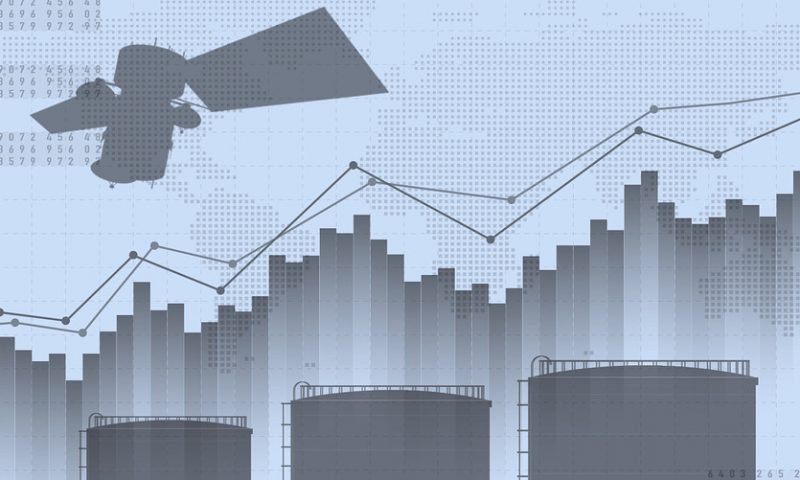 Saudi attacks left traders looking for clues from on high

Oil traders had the benefit of a growing number of eyes in the sky following last month’s crippling attacks on Saudi Arabia’s crude processing facilities.

The U.S. and Saudi Arabia have blamed the attacks on Iran, which has denied responsibility, but crude prices subsequently retreated over the following weeks, in part as Saudi officials emphasized their ability to fully restore production by the end of the month.

As traders and investors attempt to figure out what’s happening, a boom in satellite launches, part of what’s often referred to as the New Space Revolution, combined with advances in artificial intelligence and machine learning, has spawned the creation of companies ready to sell their analysis of oil-market fundamentals to hedge funds, energy producers and others. It’s one corner of the rapidly growing “alternative data” industry.

“Some governments are more transparent and better at disclosure, and some are not. So you really need this alternative data to have some kind of transparency or insights into what actually is going on, on the ground,” said Joe McMonigle, senior energy policy analyst at Hedgeye Research

In the wake of the attacks, traders and investors focused on Saudi Arabia’s crude oil inventories and ability to provide uninterrupted supply to world markets.

“Ordinarily, inventories are important to the market, but this has elevated their significance a lot,” said Geoffrey Craig, global energy analyst at Ursa Space Systems, a firm that uses satellites to track oil storage and movements around the world.

Inventories tell an important story because any delays in restoring output would force Saudi Arabia to tap stored oil to meet its export commitments, Craig explained. Ursa’s analysis showed Saudi crude inventories fell sharply in the wake of the attacks, as would be expected.

Subsequently, news reports and Saudi officials pointed to a faster-than-expected recovery of the country’s production output — talk that was initially met with skepticism. But a subsequent rebound in inventories has confirmed statements by officials of state-owned Saudi Arabian Oil Company, widely known as Aramco, that production and capacity have been restored to pre-attack levels, Ursa said.

The aftermath of the attacks saw Brent crude BRNZ19, +0.10%, the global benchmark, trade just shy of $72 a barrel in intraday trade, but slip below $60 a barrel by the end of the month, more than erasing its gains, as disruption fears ebbed and investors turned their attention toward signs of slowing global economic activity.

West Texas Intermediate crude CLX19, +1.07%, the U.S. benchmark, traded at a four-month high above $62 a barrel following the attacks but also slumped, sliding into the low $50s.

While the U.S. Energy Information Administration offers weekly data on domestic crude inventories, timely data on stocks elsewhere in the world aren’t so timely. While Saudi Arabia shares inventory data with the Organization of the Petroleum Exporting Countries and the global JODI oil database, those figures tend to be more backward looking, analysts said.

Even in the U.S., where data is more timely, alternative data firms use various methods to attempt to gain real-time insight on changes in oil inventory levels. Satellites key in on the rooftops of storage tanks, which float up or down depending on how full each unit is. From there, data firms can build models to calculate the amount of crude in storage.

Satellites can also be used to aid in tracking oil tankers. That’s a supplement to data from transponders onboard tankers which can be switched off in an attempt to cloak their locations.

Oil fields are also in focus, with satellites used to watch for flaring activity that can be a giveaway to production changes.

Meanwhile, the real bread-and-butter for firms providing alternative data comes from their ability to use technology to interpret the images and other inputs.

“We use different types of satellite measurements that didn’t exist just a few months ago…so it’s a very fast-growing industry,” said Antoine Halff, a co-founder of Kayrros, a firm that uses satellites and other technology to track oil storage and production.

And demand for such services are growing fast, in part because of the growing role of countries like China and other rapidly growing economies that offer little in the way of up-to-date data on oil production or usage.

“It’s a function not only of big data but also the demand for this type of information has increased because the market has become, in some ways, more opaque, more unpredictable. There’s more uncertainty around the market,” Halff said.

Such data services can be pricey, costing thousands of dollars a month. Not all oil traders are convinced they need it, however, arguing that changes in the price curve of futures contracts, spreads between different grades of crude oil, freight rates and other price information gives the savvy professional observer plenty to work with.

But such data is popular with a range of hedge funds and other traders and asset managers, as well as oil companies and fuel users, such as airlines, and other players in the industry.

There are alternatives to the suites of more expensive data. TankerTrackers.com grew out of an effort by its co-founder, Samir Madani, and other amateur oil market enthusiasts to gather and share as much data as possible from publicly available sources. The effort also led Madani to create a popular Twitter hashtag, #OOTT, which stands for the Organization of Oil Trading Tweeters, used to flag oil-market news and data.

Madani and TankerTrackers.com co-founder Lisa Ward have since gone full-time in running the service, which last year began offering a premium service for around $30 a month. It’s aimed at the large number of traders who “can’t afford this stuff,” he said, but the service has also seen interest from institutions who appear interested in maximizing their data inputs, Madani said.

Meanwhile, in the aftermath of the Saudi attacks there is plenty for investors and data scientists to watch. While Saudi Arabian production appears to be back on track, the effort to restore supply has likely left the country — and the world — with little in the way of spare capacity. In the event of further attacks or disruptions, investors will likely remain keen for timely insights.

The attacks on Saudi Arabia were “an attack on the heart of the oil industry,” said Kayross’s Halff.

“I think this probably is a situation where getting access to accurate, timely information is of critical value. I think it will accelerate the adoption of new technologies,” he said.