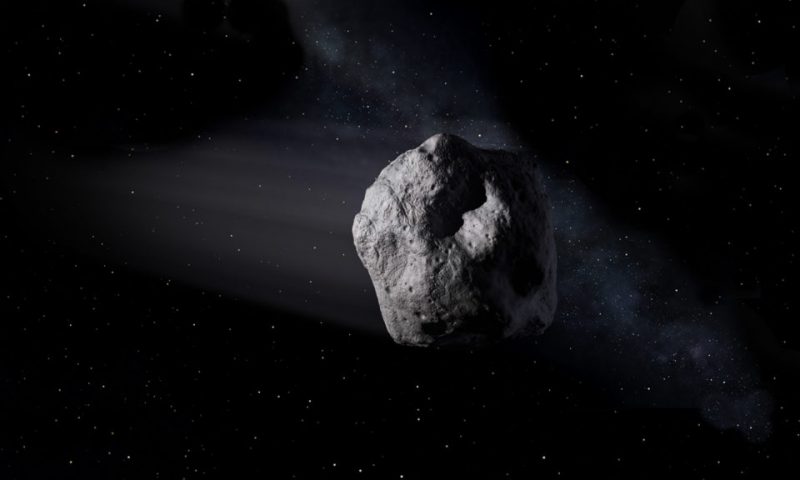 An asteroid currently being tracked by NASA’s Center for Near-Earth Object Studies (CENOS), known as 2020 EF, will pass close enough to the planet to potentially ’cause an airburst’. However, the agency explains that we’re safe either way — the asteroid is too small to survive contact with Earth’s atmosphere.

The chunk of rock is currently on an Earth-intersecting orbit and is fast approaching the planet at more than 10,000 mph. CNEOS researchers estimate that it is about 98 feet in diameter, according to IBTimes.

2020 EF has been classified as an Aten asteroid, a group of asteroids whose orbits naturally come close to, and even intersect, that of Earth. This particular one follows a very wide orbit around the sun, giving it almost the same overall path of motion as Earth. The diagram also shows multiple near-approaches between 2020 EF and the planet.

After 2020 EF’s approach, Earth will then be visited by the asteroid 2020 DP4, which is traveling at a faster velocity and is much larger than 2020 EF.

Being so small, 2020 EF will most likely not cause an impact event and is much more liable to break apart if it enters Earth’s atmosphere, NASA explains. However, it might cause an airburst — an explosion in the sky. Ideally, you shouldn’t be looking at it when it happens.

The last recorded airburst took place over the city of Chelyabinsk, Russia, which produced a flash 30 times brighter than the Sun and caused 180 cases of eye pain and 70 cases of temporary flash blindness.

The asteroid is expected to approach Earth on March 18 at 11:15 p.m. EDT., at roughly 3.9 million miles from the planet’s center.