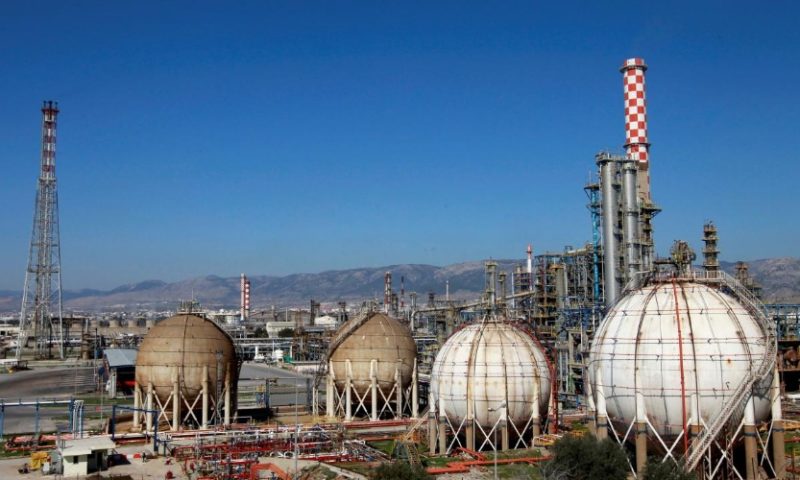 He added this would be feasible based on January-August results and on condition there is no labor unrest or any major change in the international environment.

Hellenic on Thursday posted a 25 percent rise in first-half EBITDA, including oil inventory holdings, at 473 million euros, and said it expected stronger financial results in the third quarter thanks to higher refining margins.

Greece and Paneuropean Oil and Industrial Holdings are selling a 50.1 percent stake in Hellenic Petroleum in what would be one of the country’s most profitable privatizations so far.

Greece has shortlisted Anglo-Swiss Glencore (GLEN.L) and Switzerland’s Vitol for the stake.

Workers at Hellenic are battling the sell-off and last week physically prevented suitors from entering two of its sites in Athens. Tsotsoros said the government was expected to take action to resolve the issue.