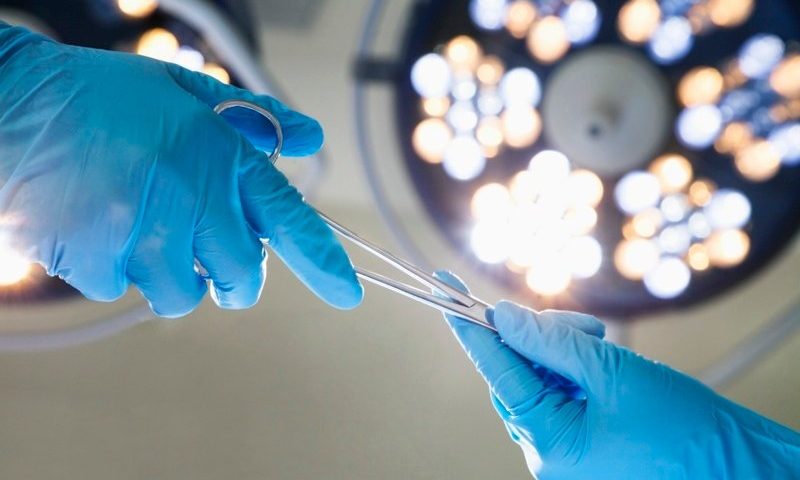 As the FDA has taken steps to limit the use of laparoscopic power morcellators in gynecological procedures, surgeons have had to seek out other methods to perform hysterectomies and myomectomies, or the removal of uterine fibroids.

In myomectomy, radiofrequency ablation has emerged as one go-to technique to treat these growths on the uterus, which are almost always noncancerous but can cause symptoms like heavy bleeding, pelvic pressure and back or leg pain. During these procedures, a surgeon will typically make an incision in the abdomen and insert a probe or laparoscope to reach the uterus, where needles will apply radiofrequency energy to shrink each fibroid without harming the surrounding healthy tissue.

On a mission to refine this technique and make it as accessible and effective as possible is Gynesonics, which recently received FDA clearance for the latest version of its Sonata system for radiofrequency ablation.

The Sonata system attaches the radiofrequency-emitting needles to an ultrasound probe that’s inserted into the uterus via the cervical canal, eliminating the need for any incisions. Once placed, ultrasound imaging guides surgeons through the procedure, ensuring they treat only the identified fibroids.

The newly cleared version of Gynesonics’ platform can perform ablations 20% smaller than previous iterations, enabling surgeons to treat fibroids of a wide range of sizes, as well as those requiring more precise treatment due to their proximity to crucial anatomical structures.

Additionally, the Sonata System 2.2 includes new software updates that allow surgeons to control the entire ablation process and all ultrasound settings from the probe’s connected handset, rather than requiring other clinicians in the operating room to make adjustments separately.

“This clearance brings significant system improvements that expand the location of fibroids that can be treated while allowing the physician to control all aspects of the treatment from within the sterile field,” said Jiayu Chen, Ph.D., Gynesonics’ vice president of engineering and advanced technologies. “These changes provide real benefit to the treating physicians and to a greater number of women seeking relief from their symptoms caused by fibroids.”

In clinical studies, 12 months after undergoing treatment with the former Fierce 15 winner’s technology, 99% of patients had required no further surgical intervention to treat heavy menstrual bleeding, a common side effect of fibroid treatment procedures. Three years after treatment, about 8% to 9% underwent surgical reintervention for the condition.

In total, at the three-year mark, 94% of patients reported being satisfied with the treatment, and nearly 90% showed reductions in their fibroid symptoms.

The studies have also shown that half of the treated patients were able to return to their normal activities within 24 hours of the one-hour procedure. On average, fibroid symptoms are significantly reduced by about three months after ablation, as the radiofrequency treatment continues to shrink the growths.