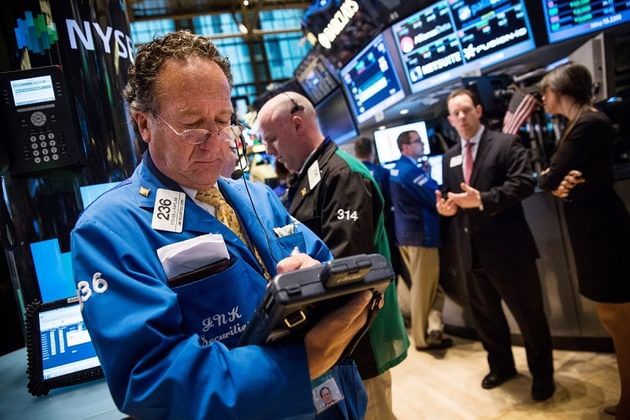 Asian markets were mixed at the close of their Monday session. The Shang Hai Composite led decliners with a loss greater than -2.0% followed the Kospi with a loss near -1.50% and the Nikkei with a loss near -0.15% but not all indices moved lower. The Australian ASX rebound more than 1.0% as election woe subsides and the Hong Kong Heng Seng posted a small gain near 0.40%.

News released after the close of the Asian session may have the region moving higher tomorrow. According to a report in Bloomberg, China is contemplating a reduction in the car tax from 10% to 5%. The move was requested by the China Automobile Dealer Association in an attempt to spur stronger car sales. The news had an effect on automakers around the world who are all having a hard time growing sales in China. Shares of GM (GM), Ford (F) advanced near 5% in the pre-market session while Tesla (TSLA) rose a more tepid 1.0%.

EU Market Up On Earnings, Merkel To Step Aside

EU markets were up in the early half of the day on earnings and edged higher on the news from China. Shares of Daimler and BMW were both up about 5.0% and leading the market on positive sentiment. Not only will lower car tax in China stimulate sales of vehicles around the world, but it may also aid with US trade frictions which is the largest fear underlying the market at this time.

In Germany, Angela Merkel’s coalition government saw heavy losses in a recent election. The results were so poor Merkel has decided to step aside as party leader come the December conference less than two months away. Germany’s Chancellor says she wants to remain the country’s leader until the next federal elections in 2021 but that may not happen if she can’t maintain the support of her party. The EUR/USD held steady on the news and traded within a very tight range as traders are more focused on this week deluge of data than they are German politics.

In the EU traders will be watching for the first read on third-quarter GDP as well as the all-important Consumer Price Index. Consumer prices are expected to hold steady from the last month at 1.0%, 2.0% YOY, a miss could have the EUR/USD moving lower. Also on tap for the EU is a meeting of the BoE. The bank is not expected to alter rates but could indicate a change of position regarding the outlook.

US Equities Up On Earnings

The US futures indicated a positive open for the equities market on Monday morning. The broad market S&P 500 was indicated to open with a gain near 1.0% with automakers leading the way. While the peak of earnings season has passed there are still about 50% of the S&P 500 to report over the next few weeks. So far the reports have been better than expected. The blended rate of earnings growth is now 22.%, up to a full percent over the last week, and likely to continue expanding into the end of the season. There are 139 companies reporting this week, 27.8% of the index.

US equities gains wiped out