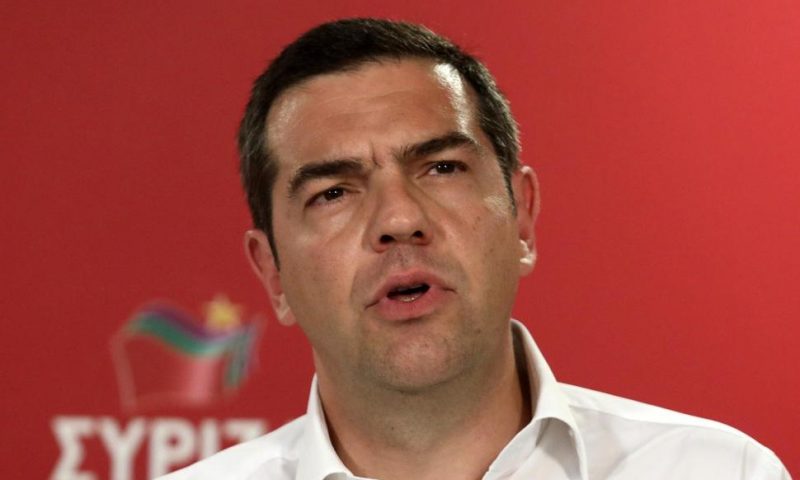 Greek Prime Minister Alexis Tsipras has called for an early national election following the defeat of his party at the European Parliament elections.

Tsipras said from the Syriza party offices that “the result does not rise to our expectations … I will not ignore it or quit.”

Tsipras credited his government for pulling the country out of the austerity imposed by Greece’s creditors and said that voting for Sunday’s winner, the conservative New Democracy, would be turning back to “the darkness of austerity, the darkness off crisis, the oligarchs, the International Monetary Fund.”

The government’s term expires in October and before Sunday night’s announcement, government officials insisted that elections would be held at the end of the term. But a long and, it is said, contentious meeting of government ministers and party officials, ended with the announcement of the early election.

Tsipras said he will visit the Greek president to request the early dissolution of parliament after the second round of local and regional elections on June 2.

This puts the election date at June 30 at the earliest.

In the run-up to the election, Tsipras brought to Parliament a series of measures that amounted to handouts and defied the conservatives to vote against them. They did not, but accused Tsipras of a desperate gambit for votes.

With just over a third of voting precincts reporting, New Democracy is leading with 33.62% to Syriza’s 23.86%. The socialists of the Movement for Change follow with 7.16%, ahead of the Communist Party (5.75, the far-right Golden Dawn (4.86%), the hard-line nationalist Greek Solution (4.04%) and Diem25, the pan-European movement of Syriza’s first finance minister Yanis Varoufakis (3.15%). If the results hold, New Democracy will win seven European Parliament seats; Syriza will get six; the socialists, the communists and Golden Dawn two each; and Greek Solution and Diem25 one each.

New Democracy also stands to make important gains in the second round of the local and regional elections next Sunday.