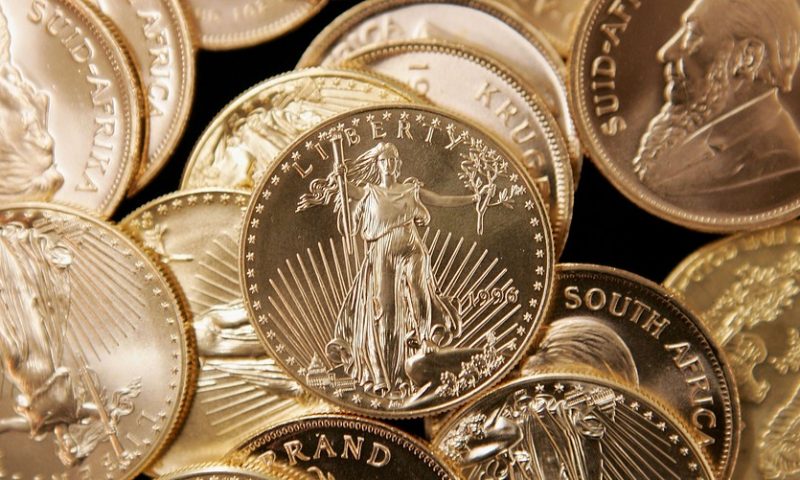 Palladium futures up for a second straight session

Gold prices rose for a seventh straight session on Thursday to finish at their highest in more than three months, unfazed by strength in the U.S. stock market and the dollar after the precious metal scored its biggest one-year advance since 2010.

“You can’t count out gold with higher stocks and [a] firm dollar as [a] global slowdown is moving central banks” toward accommodative monetary policies, said George Gero, managing director at RBC Wealth Management, in a daily update.

On Wednesday, the People’s Bank of China said it would reduce the portion of deposits commercial banks are required to set aside as reserves, releasing billions of dollars to the financial system to help boost economic growth.

Gold for February delivery on Comex GCG20, +1.60% rose $5, or 0.3%, to settle at $1,528.10 an ounce. That was the highest finish for a most-active contract since Sept. 24, and the seven-session rise was the longest such streak of gains since the one ended June 7, according to FactSet data.

Gold prices, which had consolidated in the fall after a strong run-up earlier in 2019, regained momentum in the final leg of 2019, pushing back above $1,500 an ounce.

And the rally is likely not over yet, according to Christopher Louney, commodity strategist at RBC Capital Markets.

“As we look out through 2020 and 2021, we are of the view that while not all quarters will prove particularly encouraging, at the end of the day, higher prices will likely win out [year on year] in annual average terms,” he wrote in a research note dated Thursday. “Our view is based on the observed shift in attitude towards gold, improved sentiment, and persistence of uncertainty that pervades throughout our forecast horizon.”

From a technical perspective, the seeds of the recent gains were sown after gold “left behind the low volatility compression band that held prices between $1,450 and 1,480 for almost two months, giving a clear directional signal,” said Carlo Alberto De Casa, chief analyst at ActivTrades, in a note.

“Moreover, traditionally the first part of the year has often provided positive seasonality for gold. Now it seems that investors are trying to anticipate this movement and it has now moved into the final part of the year. The slowing down of the greenback is another positive element for gold as the dollar is negatively correlated with bullion,” he said.

Dow storms out of the gate in 2020, closes up 330 points as stocks set new records

US Manufacturing Activity Falls to Lowest Level in Decade