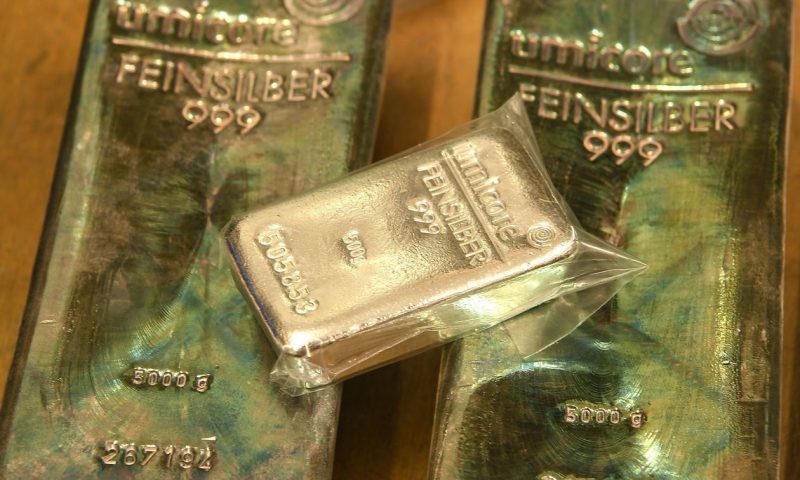 Gold futures ended higher Wednesday following back-to-back session declines, with support from some safe-haven buying, amid developments in Europe that suggest a longer lockdown period due to a renewed spread of COVID-19.

Gold may have seen some safe-haven demand brewing on the heels of the comments on further COVID lockdowns in Germany and in other parts of Europe, as well as news of container ship temporarily blocking the Suez Canal, impacting global trade, Jeff Wright, chief investment officer at Wolfpack Capital, told MarketWatch.

Overall, however, Wright said he saw some short covering in gold, but “nothing major at present.”

Germany is expected to extend its lockdown to limit the spread of coronavirus to mid April, rattling investors who fear that such a move will weigh on the region’s rebound from the pandemic.

On Tuesday, gold investors showed little reaction to the first of two days of congressional testimony from Federal Reserve Chairman Jerome Powell and Treasury Secretary Janet Yellen on the health of the U.S. economy as America wrestles with the impact of the COVID-19 pandemic.

Wright believes the the Powell/Yellen testimony Wednesday was “a non-event.”

Fed members have been “firm on the inflation concern, indicating any inflation this year will be temporary and that is bearish for gold,” said James Hatzigiannis, chief market strategist at Ploutus Capital Advisors. “The Fed and Powell have indicated time and time again they are not worried about inflation this year and [are] more concerned of getting the economy back running strong again.”

In reaction to the U.S. durable goods orders data Wednesday, which showed a fall of 1.1% in February, gold prices briefly pared their gains then recouped them about a half hour later.

Meanwhile, separate data showed that the U.S. economy grew faster in early March, with the IHS Markit’s flash service index climbing to an 80-month high of 60 from 59.8 in February. The data prompted gold to temporarily give up much of its gains.