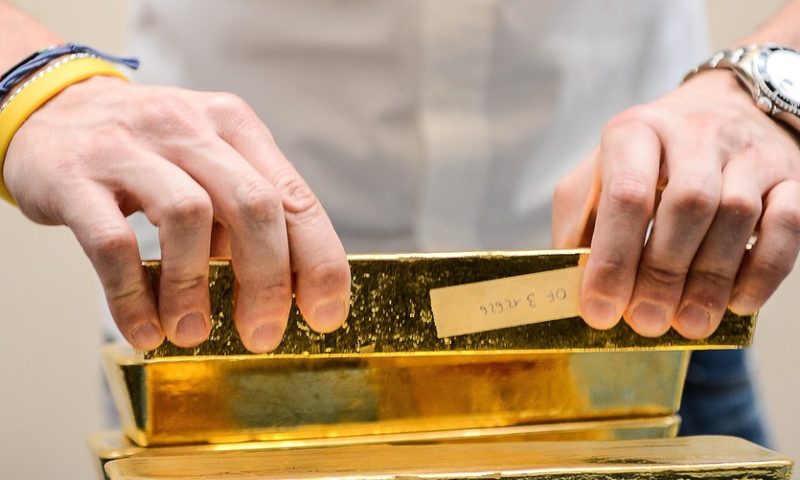 The Federal Reserve on Wednesday left a key U.S. interest rate at a range of 2.25% to 2.50% and Chairman Jerome Powell said the central bank would be “patient” about further interest-rate moves, adding that it was open to slowing the pace of the runoff of its $4 trillion balance sheet if needed. Of particular note to market participants, the Fed removed a reference to “further gradual rate increases” in its policy statement, leaving many to believe that future rate hikes were on hold until further notice.

The policy update marked a decidedly dovish shift for the Fed, even if the market had anticipated a more moderated stance on the pace of monetary normalization. This position has put downward pressure on the U.S. dollar, which skidded lower late Wednesday, providing a runway for commodities priced in the currency to trade higher.

“Rate hike expectations for the remainder of the year have completely disappeared, with the market pricing in a greater chance of a cut as the next move,” wrote Edward Moya, market analyst at Oanda, in a Thursday research note.

The yellow metal had already been in an uptrend prompted by earlier communications of the Fed’s softening stance on rate increases and uncertainty about a resolution of a protracted tariff spats between the U.S. and China.

President Donald Trump said Thursday trade talks in Washington between the U.S. and China are going well, but that he doesn’t expect to reach a final deal until he and Chinese President Xi Jinping meet “in the near future.”

Meanwhile, a report Thursday from the World Gold Council showed that 2018 gold demand edged up by 4% to 4.345.1 metric tons, as central bank buying climbed to 651 metric tons, its highest in 50 years.

“Central banks have been buyers to shore up currencies,” said George Gero, managing director at RBC Wealth Management, in a note Thursday. Gold is “convertible to any currency holding, preferred by many who fear inflation, currency impairment and negative headlines.”

Exchange-traded funds and similar products, however, saw annual inflows of 68.9 metric tons, down from 206.4 metric tons in 2017, WGC data showed.