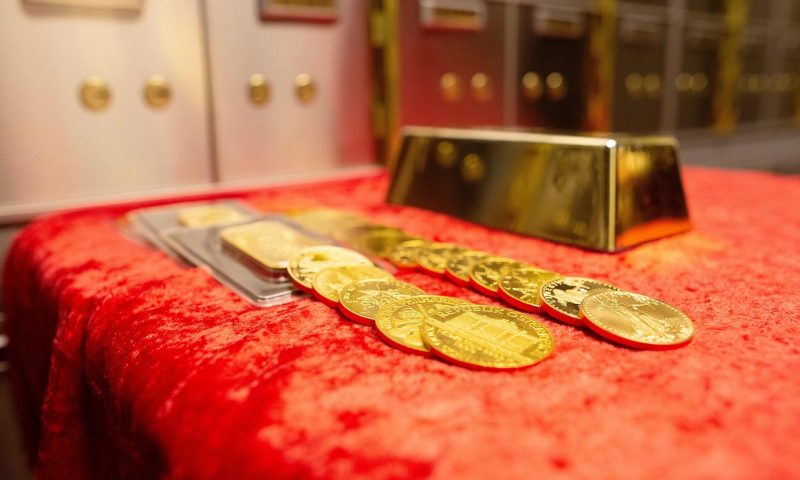 Gold futures fell on Tuesday to register the first loss in three sessions, with prices dragged down by optimism about the easing of business lockdowns in the U.S. and Europe and hopes for the speedy development of a vaccine.

“Risk appetite among investors improved with moves by major economies to ease lockdowns related to the coronavirus crisis,” analysts at ICICI Bank, wrote in a market update.

California Gov. Gavin Newsom late Monday said that certain retailers could open on Friday for curbside pickup, reflecting an easing in shutdown protocols in one of the first U.S. states to implement such measures to slow the pathogen’s spread.

Meanwhile, The Wall Street Journal reported that researchers at New York University and the University of Maryland School of Medicine said Tuesday that they began injecting people with the first of four vaccine candidates from Pfizer Inc. PFE, +2.36% and Germany’s BioNTech BNTX, +9.21%.

The developments mark the most recent push to experiment with a cure for the COVID-19 pandemic, which has infected more than 3.6 million globally and claimed more than a half a million lives since emerging in Wuhan, China, in December, according to data compiled by Johns Hopkins University.

‘The outlook for gold is mixed and highly dependent on the path and shape of the economic recovery.’

“The outlook for gold is mixed and highly dependent on the path and shape of the economic recovery,” said Gregory Leo, chief investment officer and head of global wealth management at IDB Bank, in emailed commentary. “The U.S government has delivered unprecedented levels of monetary and fiscal stimulus, which has caused some to believe the U.S. dollar will plummet and inflation will soar.”

The precious metal failed to find haven support even after data released Tuesday showed the Institute for Supply Management’s survey of nonmanufacturing companies plummeted to 41.8% in April from 52.5% in March, breaking a string of 112 straight months of positive readings.

Gold prices, however, likely won’t drop too far, “given the expansion of [the Federal Open Market Committee] balance sheet and further needs to reopen” the economy on a larger scale, Jeff Wright, executive vice president of GoldMining Inc., told MarketWatch. “Gold could be in trading range of $1,650 [to] $1,750 short term,” but may also rise to $1,800 on the fundamentals if the U.S. dollar pulls back.