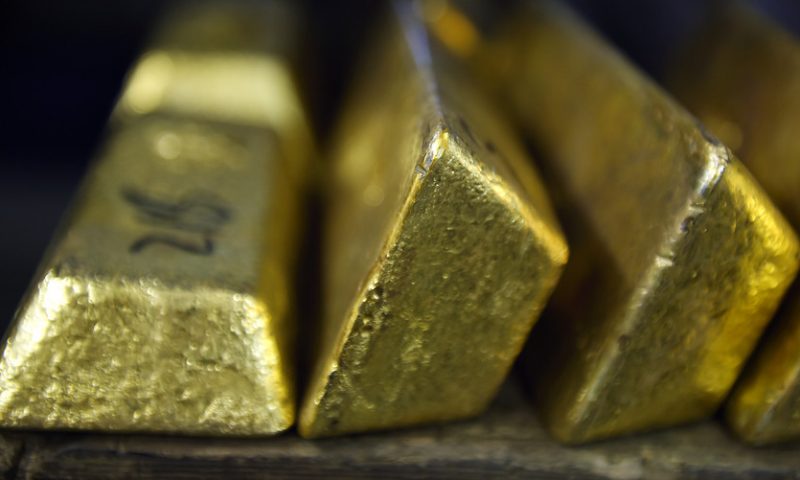 Gold prices shot to their highest settlement since 2013 on Thursday, as investors flocked to the metal after the U.S. Federal Reserve left key interest rates unchanged but shifted away from its “patient” stance on monetary policy.

“Central banks everywhere are preparing to cut rates and re-start [quantitative easing], opening up a new front in the global trade war,” said Adrian Ash, director of research at BullionVault. “In this race to debase, gold stands out as the only currency which policymakers cannot inflate and devalue.”

Gold began climbing higher in electronic trading Wednesday after the Federal Reserve monetary policy statement that followed the gold futures’ settlement. While the Fed held benchmark interest rates steady between 2.25%-2.50%, officials said that over the last six weeks, “uncertainties” have increased about the outlook, hinting at the trade tensions between the U.S. and China.

Fed officials appeared divided about whether the central bank will cut interest rates this year, judging from the central bank’s projections of future interest rate moves, known as the “dot plot” but the message to the market was clear – monetary policy easing is likely. Precious metals like gold tend to attract buyers in a low interest-rate climate.

The yield for the 10-year Treasury note TMUBMUSD10Y, +0.76% dropped to just under 2%, at 1.997%, a level not seen since 2016. Such a move can make government debt less attractive to buyers seeking haven assets compared against bullion and globally more than $12 trillion government debt now attracts negative yields.

“As long as real rates are headed lower, the pool of negative yielding bonds increases (currently $12.3t) then gold is only going one way,” said Chris Weston, head of research at Pepperstone, in a note to clients.

Gold has gained over 2% week to date, as investors have bought the metal owing to uncertainty over an import tariff dispute between China and the U.S. and fears that the global economy is weakening. On Tuesday, European Central Bank President Mario Draghi suggested that the ECB could introduce more stimulus if the eurozone economy weakens further. The Bank of England’s Monetary Policy Committee also signaled a readiness to increase stimulus on Thursday.

On Thursday, the Bank of Japan left monetary policy unchanged Thursday and maintained a pledge to keep ultralow rates in place until at least spring 2020.

“With real interest rates coming down in the U.S. and globally, the opportunity cost of holding gold diminishes. Gold is likely to be the preferred safe-haven as this economic cycle continues to mature,” said Matthew Miller, analyst at CFRA Research.

Meanwhile, “news that Iran shot down a U.S. military drone rekindles the potential for a heavy-handed U.S. response against Iran,” analysts at Zaner Metals said in a daily note. That further raised demand for haven gold, as well as fueled a rally for oil.