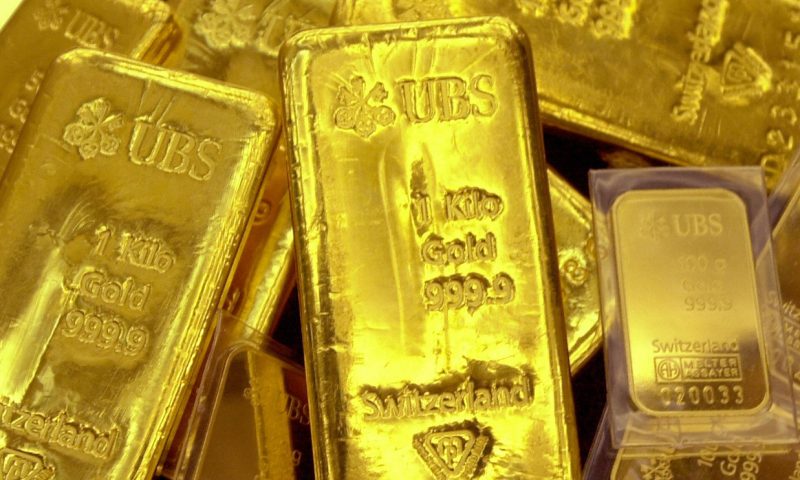 Gold futures edged down on Tuesday, but pared much of their earlier losses to settle above the psychologically important $1,800-an-ounce level.

Prices found support from U.S.-China tensions and the continued rise in COVID-19 cases, but were also pressured by some profit-taking in the wake of a price climb last week to levels not seen since 2011.

Choppy action for gold accompanied by “low trading volume is healthy action” for the bull camp,” said James Hatzigiannis, chief market strategist at Ploutus Capital Advisors. “Thursday will be a big day, with a lot of economic numbers being released,” including weekly U.S. jobless claims.

September silver US:SIU20, meanwhile, lost 26 cents, or 13%, at $19.53 an ounce after settling at $19.788 on Monday to mark the highest finish for a most-active contract since September 2016, according to Dow Jones Market Data.

It would take a fall below $1,790 an ounce to denote weakness, he said, while reiterating that gold’s recent rally, which saw it touch levels last seen in 2011, was driven by “massive inflows of [exchange-traded fund] demand, while jewelry and industrial demand are fragile.”

“Any change on the fundamental side will be reflected in the price, but so far markets consider gold is quite fairly priced in the area of $1,800,” he said.

Analysts said gold remained underpinned by concerns over a continued rise in COVID-19 infections in the U.S. and elsewhere.

The U.S. death toll stands at 135,615 and is rising again after it had started to flatten in mid-to-late April. There are now 41 U.S. states and regions showing increasing cases over a 14-day period, according to a New York Times tracker.

The Trump administration rejected China’s claims in the South China Sea, while China announced it was imposing sanctions on Lockheed Martin Corp. US:LMT after the U.S. approved a deal for the supply of missile parts to Taiwan. The U.K., meanwhile, reversed its policy by banning Chinese telecoms company Huawei.