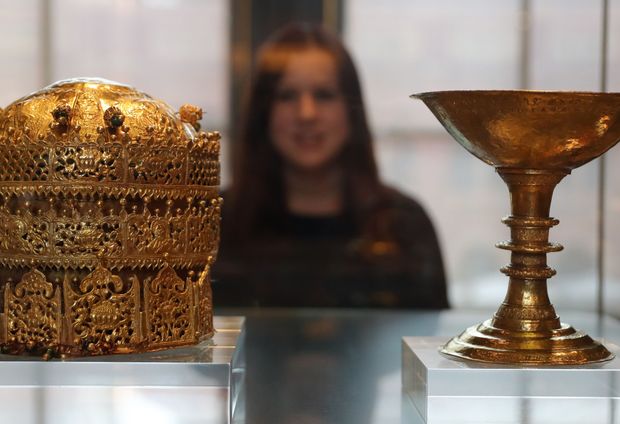 Gold futures on Monday were trading slightly higher, attempting to add to the yellow metal’s highest close since early September.

A retreat in yields last week, which dragged down the yield for the benchmark 10-year Treasury note TMUBMUSD10Y, 1.481%, used to price everything from mortgages to car loans, registered its steepest weekly fall since June 12, 2020, helping to pave the way for higher moves for bullion and other nonyielding precious metals.

“The retreat in yields also breathed life back into gold prices, which hit a two-month high on Friday,” wrote Marios Hadjikyriacos, senior investment analyst at XM.com, in a daily note.

U.S. companies added 531,000 jobs in October, with that increase almost double the number of job gains in September and well above the 450,000 new jobs expected by economists polled by The Wall Street Journal.

Last week, gold found support after the Federal Reserve said it would reduce the pace of bond purchases by $15 billion a month, and noted that it was prepared to make adjustments in that pace if “warranted by changes in the economic outlook,” raising some expectations that the central bank could lift rates at an accelerated pace if needed.

“Bullion has essentially turned into a trade on how quickly the Fed will pull the rate hike trigger, benefiting every time normalization expectations are pushed back and suffering each time they are brought forward,” wrote Hadjikyriacos.

Gold tends to be viewed as a hedge against inflation, which has been on the rise in the recovery phase of the COVID-19 pandemic.

Panther Metals Subsidiary to Raise A$5 Mln in Australia IPO