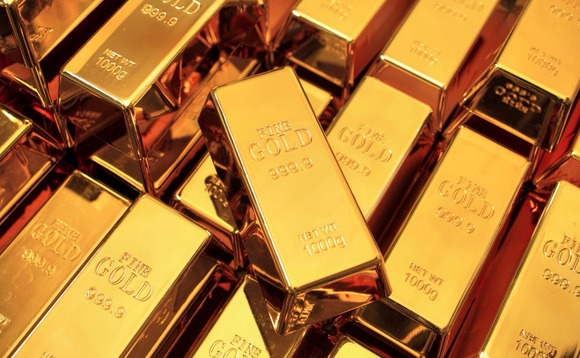 Gold and Brazilian equity funds were among the worst performing vehicles in August, as the continued strength of the US dollar weighed on returns, while US and technology names topped the charts.

According to figures compiled by Willis Owen using FE data, half of the ten worst-performing funds were precious metal or gold strategies, with the LF Ruffer Gold fund bottom of the table, dropping 12% over the month.

This was followed by the HC Charteris Gold & Precious Metals fund, which fell 11.6%, while the Quilter Investors Precious Metals Equity fund and the BlackRock Gold & General fund dropped 11% and 10.9% respectively.

US President Donald Trump’s threat of a trade war with China and Europe has strengthened the US dollar in recent months, putting pressure on gold.

The World Gold Council commented: “The US dollar’s strength has been one of the most important drivers of gold’s performance this year as confrontational trade rhetoric and sanctions has so far played in favour of the US.”

Adrian Lowcock, head of personal investing at Willis Owen, commented: “Having rebounded strongly in July, Brazilian and Latin American stocks fell because of their strong correlation to commodity prices which, all things being equal, are adversely affected by a strong US dollar.”

At the other end of the charts, US and technology funds dominated the top performers list with the LF Miton US Smaller Companies fund seeing the second strongest returns last month, climbing 14.3%.

The Artemis US Smaller Companies was close behind, jumping 12.5%, while the Baillie Gifford American and Morgan Stanley US Growth funds rose 11.3% and 10.7%, respectively.

Lowcock said: “American equities posted another strong month in August as investors worried about the combined effects of a strong US dollar and deepening trade war on riskier assets looked to protect their wealth by investing in the relatively safer US market.”

Last month, Trump hinted at a possible trade war with the European Union after referring to the group as “almost as bad as China, just smaller”, while tensions with Asia’s largest economy continue to mount.

“In addition, the US market’s valuation has been supported by two strong quarters of earnings growth prompted by Trump’s tax cuts boosting corporate profits,” Lowcock added.

“Technology also returned to the top flight in August, although Elon Musk’s antics highlighted how valuations mean that some tech companies are extremely sensitive to news flow. As such, the sector is likely to remain volatile,” Lowcock said.

However, the top spot over the month was taken by the Fidelity Pan European fund, up 28.5%, which invests in European large caps with a UK bias and performed particularly well in the last few days of August.

None of the state minimum wages provide a family living wage