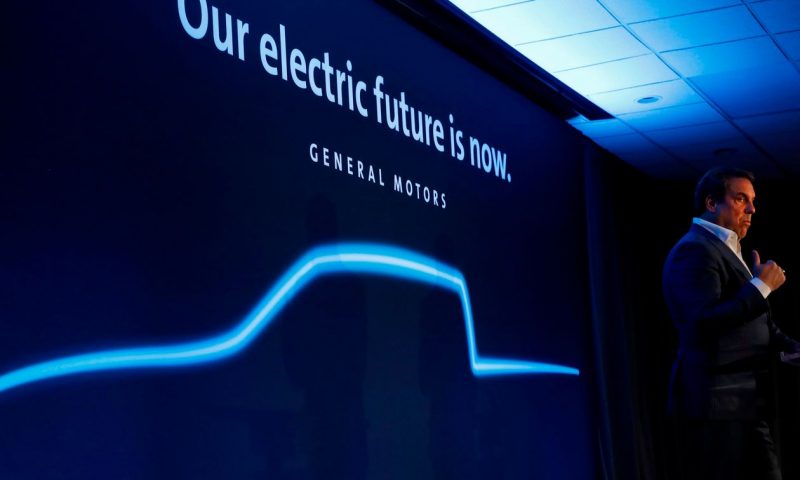 A GM scientist in the 1960s presented her findings to at least three high-level executives at the company, E&E News reports

Scientists at two of America’s major automakers knew as early as the 1960s that car and truck emissions caused climate change, but internal research was stifled while funding to undermine environmental causes persisted, a months-long investigation by energy trade publication E&E News has found.

The environmental data kicked up the ranks inside General Motors Corp. GM, -2.74% and Ford Motor Co. F, -1.59% instead was parlayed into decades of political lobbying by the two car giants that undermined global attempts to reduce heat-trapping emissions. The two automakers in recent months joined a wave of corporations in setting zero-emissions target dates in the coming decades, while embracing rising customer demand for electric vehicles.

A GM scientist in the 1960s presented her findings to at least three high-level executives at the company, including a former chairman and CEO. It’s unclear whether similar warnings reached the top brass at Ford, the report said.

“We also know that certainly by the 1980s and 1990s, the auto industry was involved in efforts to undermine climate science and stop progress to address climate change,” Carroll Muffett, president and CEO of the Center for International Environmental Law, said in the piece. “But a different path was available.”

— Carroll Muffett, president and CEO of the Center for International Environmental Law

About that time, the companies invested heavily in gas-thirsty trucks and SUVs, which remained popular into the new millennium.

It wasn’t until 1996 that GM produced its first commercial electric vehicle, called the EV1. Ford released a compact electric pickup truck in 1998.

E&E News obtained hundreds of pages of documents on GM’s corporate history from the General Motors Heritage Center and Wayne State University in Detroit. Documents on Ford’s climate research were unearthed by the Center for International Environmental Law. The Climate Investigations Center provided additional material on both manufacturers.

The discovery is reminiscent of the reporting about five years ago that laid bare the extent of knowledge of global climate-change impact within Exxon Mobil XOM, -2.37%, spawning the campaign #ExxonKnew.

There’s been a business motivation to transition away from fossil fuels as well. Earlier this month, GM said it will retool a Tennessee plant to build the new electric Cadillac Lyriq. It will be company’s third EV manufacturing site. GM has also introduced its all-electric Hummer.

For its part, Ford said in June it commits to be carbon neutral by 2050 and will cut global facility carbon dioxide levels 18% from 2019 to 2023. It will switch to 100% locally sourced renewable energy in its manufacturing plants by 2035, it says. Ford has said it will sell its own all-electric F-150 pickup within two years.