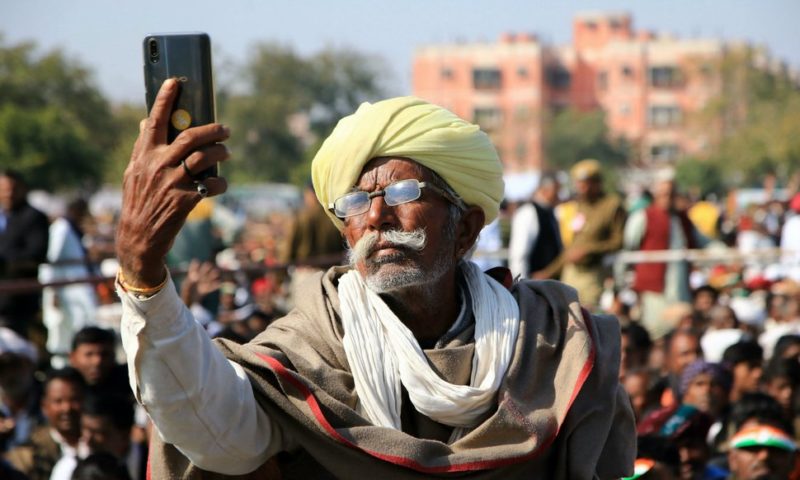 Nearly everyone in South Korea owns a smartphone, while emerging economies lag behind.

MORE THAN 5 BILLION people around the world own a mobile device, with half of them smartphones. Yet mobile technology still doesn’t reach people equally, according to a new survey by the bipartisan think tank Pew Research Center. People living in advanced economies are more likely to own a cellular phone, use the internet and consume social media compared to those living in less developed nations.

South Korea tops the list of smartphone ownership of 18 advanced economies in the Pew study. About 95 percent of respondents in the East Asian country say they currently own a smartphone. Israel, the Netherlands and Sweden followed on the list with ownership rates approaching 90 percent, while roughly 8 in 10 survey respondents in Australia, the United States, Spain and Germany say they owned a smartphone.

Last on the list were Poland, Russia, and Greece, where about 6 in 10 reported having such device. Other countries in the study include the United Kingdom, France, Italy, Argentina, Japan, Canada and Hungary. Overall, 76 percent of those surveyed in the 18 advanced economies say they owned a smartphone, 17 percent say they owned a mobile phone, and 6 percent say they don’t own any type of mobile phone.

The ownership rates in the advanced economies rose significantly from a similar study conducted by Pew in 2015.

The rates also vary by education levels and age in emerging economies, with younger people being more likely to use a smart mobile phone.

“In all of the advanced economies surveyed, large majorities under the age of 35 own a smartphone,” say the authors of the Pew report. “In contrast, smartphone ownership among advanced economies’ older populations varies widely, ranging from just about a quarter of Russians 50 and older to about nine-in-ten older South Koreans.”