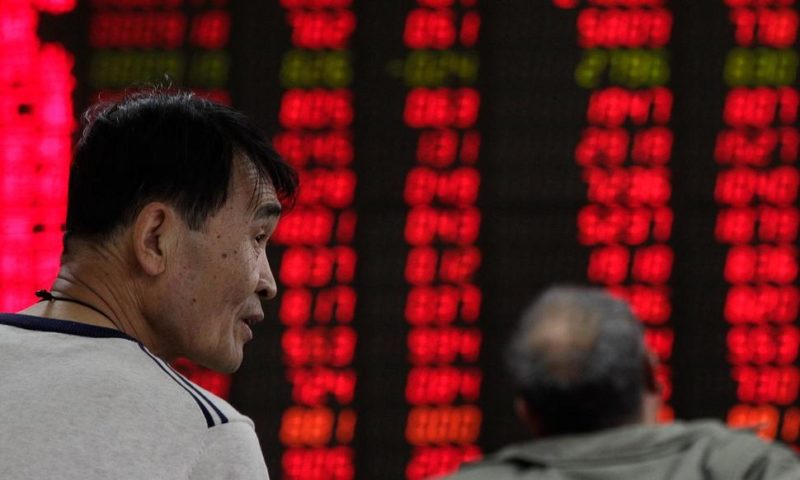 BANGKOK — Shares slipped in early trading in Europe on Monday following a mixed day in Asia after trade talks between China and the U.S. wrapped up with officials on both sides claiming progress.

It was the start to yet another week of uncertainty over Britain’s planned split from the European Union.

Cross-party talks to jumpstart plans for the so-called Brexit were due to resume before Friday’s deadline for leaving the EU. The opposition Labour Party is hopeful the country’s political impasse can be resolved, its business minister Rebecca Long-Bailey said.

China’s official news agency said Sunday that trade talks with the U.S. in Washington last week “achieved new progress.” It said remaining issues will be handled through “various effective means” but did not elaborate on where or when further discussions will happen. It said three-day talks that ended Friday dealt with issues including technology transfer, intellectual property rights protection, non-tariff measures, agriculture and enforcement.

Beijing and Washington are working to end a standoff over Beijing’s industrial and technology policies that has shaken financial markets and darkened the world economic outlook.

White House press secretary Sarah Sanders said in a statement Friday that “significant work remains” and the two sides would be in continuous contact.

Wall Street closed out another solid week of gains Friday, logging its longest winning streak in a year and a half. A strong rebound in hiring eased worries that the U.S. economy is slowing too sharply, helping to keep traders in a buying mood.

The unemployment rate last month remained near a 50-year low of 3.8%. Average hourly earnings rose 3.2% in March from a year earlier, which was weaker than economists’ forecasts. Markets pay close attention to the numbers because while higher wages help workers afford to buy more things, they also crimp corporate profit margins.

The “goldilocks” jobs report was a positive start for the week, Jingyi Pan of IG said in a report. But she added that “Much of what may move markets sits closer to the end of the week and could continue to warrant caution given the strong optimism currently baked into the market.”

Profitability is a top concern as companies line up to begin reporting their first-quarter results next week.

ENERGY: The strong U.S. jobs report boosted expectations for oil demand, with benchmark U.S. crude picking up 28 cents to $63.36 per barrel in electronic trading on the New York Mercantile Exchange. It gained 1.6% to settle at $63.08 a barrel on Friday. Brent crude, the international standard, added 32 cents to $70.66 per barrel. It added 1.4% to close at $70.34 on Friday.

Why the future of French is African