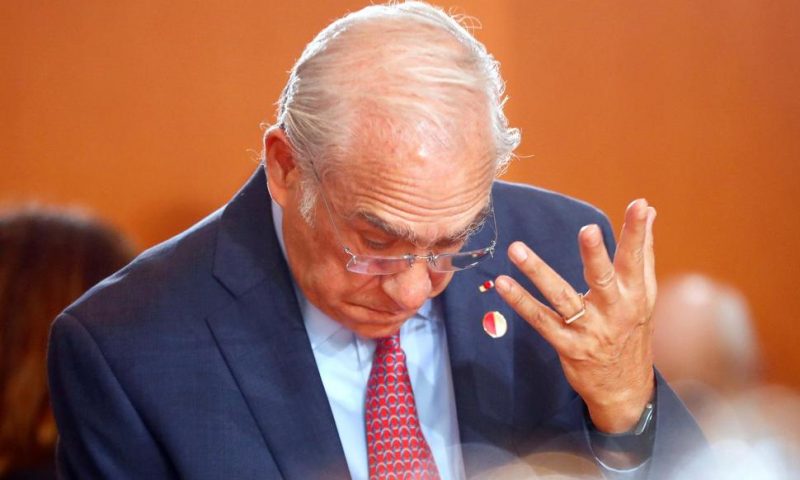 The Organization for Economic Cooperation and Development has proposed a plan to overhaul the way multinationals – particularly tech giants – are taxed to make sure they pay their fair share in countries where they do significant business.

PARIS — A global economic body has proposed overhauling the way multinationals – particularly tech giants – are taxed to make sure they pay their fair share in countries where they do significant business.

The plan from the Paris-based the Organization for Economic Cooperation and Development, which advises 134 countries, comes after France and the United States agreed in August to find a way to better tax digital businesses by mid-2020.

The proposal, which applies to multinationals in all sectors, would re-allocate some tax revenue to countries where big companies like Google, Facebook, Amazon and Apple “have significant consumer-facing activities and generate their profits,” the OECD said.

Currently, multinationals tend to pay most of their tax in the country where they are based. That’s particularly true for business carried out online, such as ad revenue from online searches or social media.

“We’re making real progress to address the tax challenges arising from digitalization of the economy, and to continue advancing toward a consensus-based solution,” said OECD Secretary-General Angel Gurría.

The issue has become particularly big in the European Union, where multinationals with business across the continent pay taxes almost exclusively in the EU nation where their local headquarters are based, often a low-tax haven like Ireland, Luxembourg or the Netherlands.

In some cases, the small countries have been accused of offering advantageous tax terms to multinationals who agree to establish headquarters there. The EU has ordered Apple to pay Ireland almost $15 billion in back taxes, for example, after finding that their tax deal was unfair because it was better than what other regular companies could expect.

The issue of how to better tax multinationals, particularly digital businesses, came to a head over the summer after France put a tax on the digital operations of large tech companies. That drew complaints from the U.S., where most of the big tech companies are based.

The two sides agreed in August to try to reach a global deal, after some other European countries had threatened to follow France’s path. France pledged to reimburse companies any excess taxes once an international deal is in place.

The OECD’s proposal will be presented to finance ministers of the G-20 in Washington next week.