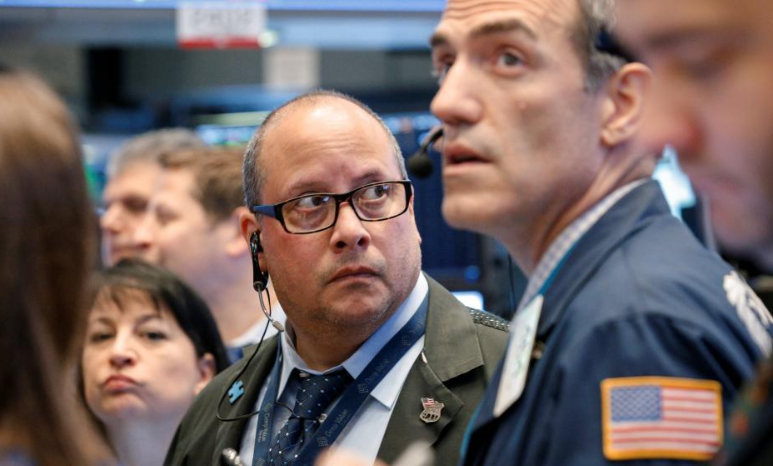 LONDON – Global investors increased holdings of U.S. equities to their highest since May 2015 in September while reducing their exposure to emerging-market assets, where a majority believe the shake-out still has some way to go.

Reuters’ monthly asset allocation poll of 54 wealth managers and chief investment officers in Europe, the United States, Britain and Japan was carried out Sept. 17-28 as the S&P 500 .SPX and Dow Jones .DJI climbed to record peaks.

Asset managers boosted their exposure to U.S. stocks by 2 percentage points to 42.7 percent. They trimmed overall equity exposure to 48 percent of their global balanced portfolios.

Investors were unperturbed about the political fallout from Special Counsel Robert Mueller’s investigation of Russian interference in the U.S. 2016 presidential elections, which turned up the heat on President Donald Trump in September.

In late, August Trump warned that the stockmarket would crash if he were impeached. But 88 percent of poll participants who answered a question on this did not expect the market to tumble. Several prefaced said they regarded the probability of impeachment as very low.

Investors raised their European equity exposure by 1.5 percentage points to 19.5 percent, a four-month high. Pascal Blanque, group chief investment officer of Amundi, said the segment had not been in favor to the same extent as U.S. shares but had become more attractive as valuations got cheaper.

Conversely, emerging markets were regarded with caution. Equities were cut by half a percentage point to 10.5 percent, while emerging-market debt fell to 9.4 percent from August’s 10.2 percent.

The segment had another turbulent month with equities .MSCIEF hitting a 15-month low and currencies such as the Indian rupee INR= and Indonesian rupiah IDR= reaching record or multi-year lows.

Year-to-date, emerging-market equities are down 9.4 percent, while the Turkish lira TRY= has fallen around 37 percent versus the dollar and Argentina’s peso ARS= over 50 percent.

Some 59 percent of poll participants who answered a question on this topic said emerging markets were only in the middle of the meltdown, with a more optimistic 32 percent saying they were nearing the end.

“On a country-by-country basis, P/E ratios are attractive when compared to developed market valuations,” he said.

But Salman Baig, an investment manager at Unigestion, was wary, noting that although pricing now largely reflected idiosyncratic country risks, none of these risks – plus others such as a slowdown in China and rising U.S. rates – had been fully resolved.

Investors trimmed their UK equity exposure to 8.4 percent, the lowest since December 2017, with the FTSE 100 .FTSE down around 1.3 percent over the third quarter.

The pound GBP=D3 dived on Sept. 21 when UK Prime Minister Theresa May warned that Brexit negotiations with Brussels had come to an impasse.

Some 60 percent of poll participants who answered a question on Brexit said they did not expect Britain and the European Union to agree a post-Brexit trading agreement by November.

“Mrs May is facing strong internal opposition from a large number of Conservative MPs. This reduces her room of maneuver, and we see a serious risk of early elections in the UK,” said Nuno Teixeira, head of cross asset investments at Natixis Investment Managers International.