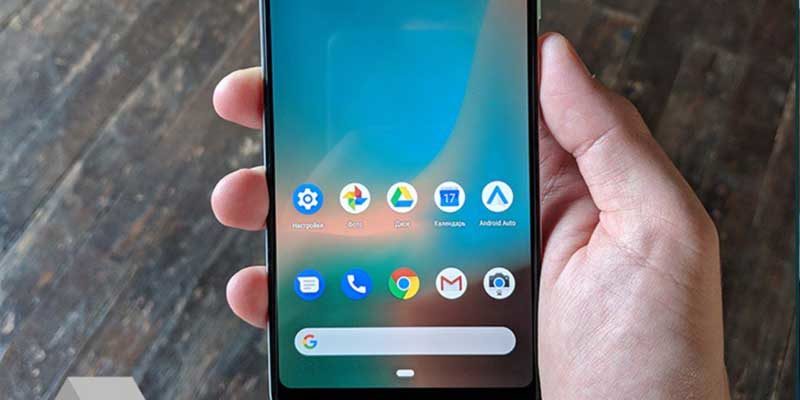 New flagship smartphones are some of the most closely guarded secrets in tech, and while leaks often occur a month or two before an official release, there’s typically enough mystery to keep things interesting until then.

But in a nearly unbelievable turn of affairs, Russian blog Rozetked appears to have gotten its hands on a finished Google Pixel 3 XL and posted a number of pics for the world to see.

But wait, you say. Google hasn’t even announced an official date for a Pixel launch event, so how could this Russian blog get its hands on a finished Pixel 3 XL? Well, according to a few folks on Twitter, an unknown source may have stolen a shipment of Pixel phones in transit before passing a device along to the Russian blog.

This sequence of events was not explicitly confirmed by Rozetked, but when translating the blog’s post from Russian into English, one section states: “Google made a big mistake, and two months before the release of the smartphone has lost track of a batch of finished gadgets.”

Wow. And it seems Rozetked may not have been the only site to get its hands on a Pixel 3 XL, as another Russian vlogger who goes by Wylsacom posted more photos of a similar-looking device on Twitter.

If the device pictured above is legitimate, and if the rest the info posted by Rozetked is too, what does this tell us about the upcoming Pixel 3 XL?

The first big takeaway is that giant notch at the top of the screen, which, combined with the phone’s large bottom bezel, makes for a pretty awkward-looking device. Judging by the two grilles on the top and bottom of the phone, it’s probably safe to say that like on the Pixel 2, the Pixel 3 will retain its dual front-facing stereo speakers as well.

Unfortunately, it seems one thing Google hasn’t carried forward onto next-generation Pixels is their unique, two-toned color scheme. On the back of the pictured device, it looks pure white all the way down. Previously, even on single-color Pixel 2’s, Google included a little glass section that contrasted with the matte metal back on the lower portion of the device.

Another major thing to note is the purported Pixel 3 XL’s camera, which Rozetked claims is once again going to out-perform the imaging capabilities of other high-end smartphones. The Russian site posted a separate story and a few Instagram shots showing photos taken with the supposed Pixel 3 XL, and they do look quite impressive. That said, it’s difficult to judge image quality without having another picture from a different device to use as a comparison.

Specs-wise, the Pixel 3 XL reportedly features a 2960 x 1440 display and a Snapdragon 845 processor while running Android 9 Pie, which are all things we’ve been expecting to see on a new flagship Pixel. Sadly, Rozetked didn’t mention the actual size of the device’s screen.

In the box, it looks like the Pixel 3 XL will come with a double-sided USB-C cable and USB-C power brick, a bundled USB-C-to-headphone-jack dongle, and an OTG adapter for transferring data from one phone to another. Lastly, according to the leaked photos, it appears the Pixel 3 will include a wired version of the Pixel Buds Google released last year, though without seeing them in action, it’s hard to say if these wired versions would include the on-the-fly translation or Google Assistant features that made the Pixel Buds so interesting.

We have reached out to Google for an official statement about this supposed Pixel 3 XL leak. However, as the company’s official policy is to not comment on rumors or speculation, the statement we get back may not clarify anything.