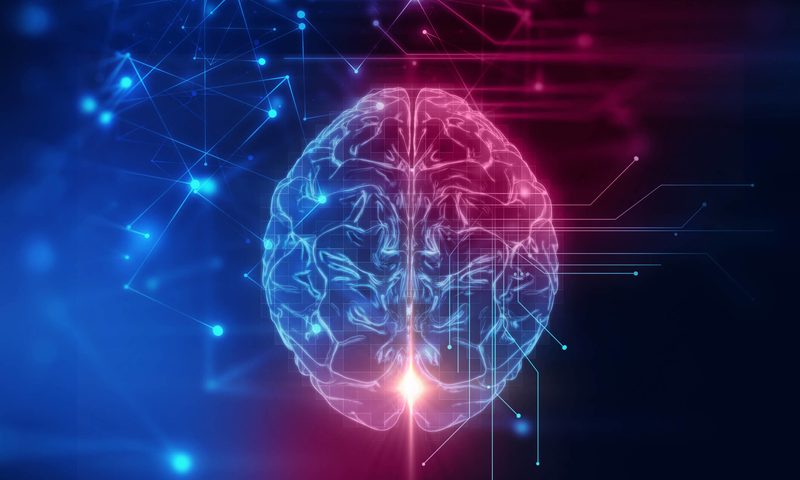 When the protein tau builds up in the brain, it can form toxic tangles that are the hallmark of several neurological diseases, including Alzheimer’s and frontotemporal lobar degeneration (FTLD), a particularly devastating early-onset form of dementia. Now, researchers at the University of South Florida (USF) Health Morsani College of Medicine believe they’ve found another protein that prevents the brain from disposing of toxic tau—and a potential technique for restoring that vital tau-clearance system.

The USF team found that a specific form of the protein beta-arrestin-2 disrupts tau clearance in the brain. That subtype of beta-arrestin-2 is called “oligomerized” because it consists of several peptide chains. When the researchers inactivated the beta-arrestin-2 gene in mouse models of human dementia, levels of pathogenic tau dropped significantly, they reported in the journal Proceedings of the National Academy of Sciences.

“It has always been puzzling why the brain cannot clear accumulating tau” said Stephen Liggett, M.D., senior author and professor of medicine and medical engineering at the Morsani College of Medicine, in a statement. He added that beta-arrestin-2 is not harmful on its own, but rather it’s the “incidental interaction” between the oligomerized form of the protein and tau clearance that appears to be the problem.

By studying cell samples and mouse models of early tau tangles, the USF researchers discovered that oligomerized beta-arrestin-2 blocks the ability of a “cargo” protein called p62 to target excess tau in the brain for destruction. When they prevented beta-arrestin-2 from binding together to create the oligomerized form of the protein, they were able to suppress disease-causing tau.

“We also noted that decreasing beta-arrestin-2 by gene therapy had no apparent side effects, but such a reduction was enough to open the tau clearance mechanism to full throttle, erasing the tau tangles,” Liggett said.

The USF discovery comes close on the heels of yet another high-profile Alzheimer’s trial failure. Earlier this month, a phase 2/3 study of Eli Lilly’s solanezumab and Roche’s gantenerumab in patients with an inherited form of early-onset Alzheimer’s showed that neither drug slowed cognitive decline. Both drugs are designed to target another toxic brain protein, amyloid. Despite the setback, Roche is continuing to develop gantenerumab.

Meanwhile, academic teams and biotech companies around the world are examining alternate mechanisms for eliminating toxic brain proteins. In January, researchers at Temple University reported they have promising preclinical results from studies of a drug that boosts levels of VPS35, a molecule that helps brain cells recognize and discard harmful tau and amyloid. Biogen is working on an antisense treatment to reduce tau, and it’s expected to file for FDA approval of its amyloid-targeted drug aducanumab this year.

The neurodegeneration that occurs in FTLD is thought to be caused entirely by excess tau, because amyloid aggregation has not been observed in that disease. Still, Liggett and colleagues at USF believe their discovery could lead to new treatment strategies for all forms of cognitive impairment that have been linked to tau buildup, including Alzheimer’s.