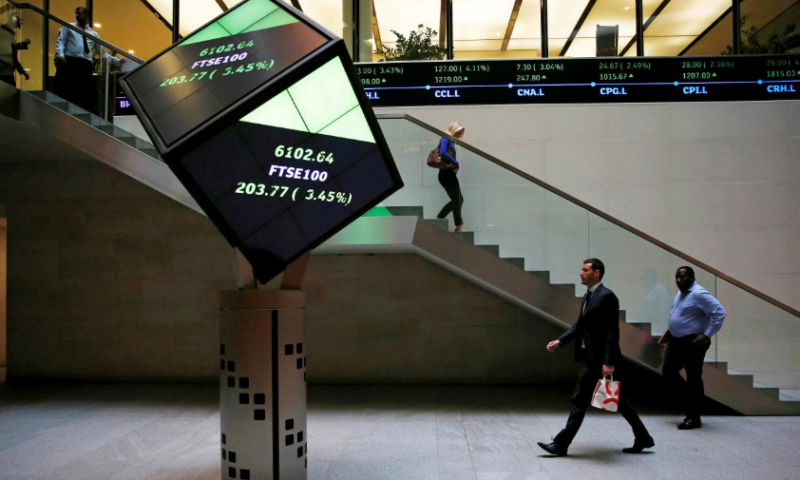 UK shares fell sharply on Thursday as sterling rallied after the European Commision and Britain agreed on a draft text for future EU-UK ties after Brexit, with Centrica, Fresnillo and other mining stocks leading the decline.

The FTSE 100 .FTSE closed down 1.3 percent, handing back the previous session’s gains and underperforming its euro zone counterparts as the pound surged on positive news from Brussels midmorning.

Britain and the EU have agreed in principle to a text setting out their future relationship that can be endorsed by EU leaders at a summit on Sunday. The deal sent the pound up as much as 1 percent on relief that prolonged and tense negotiations had shown progress.

The UK’s exporter-heavy top share index was on track for its second straight weekly loss amid lingering worries about Brexit’s impact on the high street, the economy and banks.

The FTSE 250 .FTMC was down 0.3 percent. With U.S. markets closed, volumes were lower than usual.

Energy, mining and consumer staples accounted for more than half of the losses.

Fresnillo (FRES.L) was the biggest faller, down 12.1 percent for its biggest one-day fall in two years, after Morgan Stanley downgraded the stock on fears the company will find doing business in Mexico much harder following the passage of recent legislation.

Utilities were also in focus after earnings from Centrica (CNA.L) and Severn Trent (SVT.L).

Centrica hit March’s lows for its worst day in a year after the energy supplier reported losing customers, lower nuclear power generation and a fall in output at its oil and gas division. Severn Trent dropped 0.9 percent after its results.

Among the mid-caps, Rotork (ROR.L) slumped 9.1 percent to the bottom of the index as investors focussed on the drop in its third-quarter order book, rather than an in-line set of results. Investec analysts say the shares look overvalued based on their earnings outlook.

Hill & Smith (HILS.L) rose 3.3 percent to its highest since August after confirming its full-year earnings outlook, with third-quarter organic underlying revenue growth of 5 percent and activity levels healthy after the tough first quarter.

“The Q3 update is reassuringly inline, confirming that the company has been performing well since the weather-related issues in Q1,” said Peel Hunt analysts.