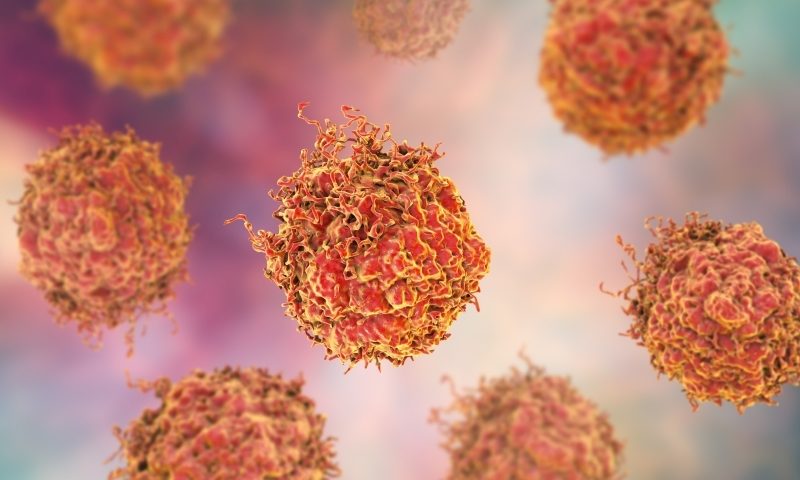 This month, Tmunity Therapeutics expects to finish enrolling an early clinical trial testing an engineered CAR-T immune cell therapy for metastatic prostate cancer. The trial’s start is notable, and not just because it’s been challenging to recruit patients for cancer trials during the COVID-19 pandemic. The experimental CAR-T is among the first cell therapies to target a solid tumor—an enemy that was once considered too difficult to tackle with that type of treatment.

As the first FDA-approved CAR-T cell therapies start to take hold in the blood cancer sphere, a second wave of cell therapies for cancer is following close behind, promising to offer even more choices for patients. In addition to personalized CAR-T therapies for solid tumors, the pipeline includes off-the-shelf CAR-Ts for blood cancers and cell therapies that harness the body’s innate ability to kill cancer.

The CAR-T treatments on the market—Novartis’ Kymriah, and Yescarta and Tecartus from Gilead’s Kite Pharma—all target CD19 on the surface of B cells that drive some blood cancers. The treatments involve removing T cells from individual patients and engineering them to be able to recognize and kill their cancers.

Much of the work on next-gen cell therapies for cancer revolves around finding new targets for the engineered immune cells to home in on, as well as improving the therapies to make them more efficient and to reduce the risk of dangerous immune side effects. “There’s a lot of activity in this field and different strategies that I think will prove to be effective in the next few years,” said Dan Kaufman, M.D., Ph.D., a hematologist and professor of medicine at the University of California, San Diego in an interview.

Normally, TGF beta binds to T cells in a way that prevents them from mounting an immune attack, Tmunity CEO Usman “Oz” Azam, M.D., said in an interview. The company’s engineering process changes the TGF beta receptor so it can’t interfere with the T cells’ work.

“It’s a combination of targeting the antigen but also giving the CAR-T cells a chance to persist and endure, which is where the TGF beta component comes in,” he said. The prostate cancer CAR-T is now in a phase 1 trial at six clinical sites in the U.S.

From personalized to off-the-shelf

Like the three FDA-approved CAR-Ts, Tmunity’s prostate cancer therapy is made from patients’ own immune cells, a time-consuming and expensive process. Several companies are trying to avoid those costs with off-the-shelf, or “allogeneic” CAR-Ts. These cell therapies are made from donor cells and engineered so that they don’t cause the rejection reaction known as graft-versus-host disease (GVHD).

Allogene, co-founded by Kite pioneer Arie Belldegrun, is one of the pioneers in off-the-shelf CAR-T, and in May it unveiled early data from a trial of its CD19-targeted candidate, ALLO-501, in patients with lymphoma. The company reported a 63% response rate.

Off-the-shelf CAR-T cells are genetically engineered to avoid GVHD. Precision Biosciences, another player working on a CD19-directed off-the-shelf CAR-T, developed a technology that removes the TCR gene, which causes GVHD, and inserts the CAR (chimeric antigen receptor) all in one step—an approach that could offer some advantages, Precision CEO Matt Kane said in an interview.

“With the first generation of CAR-T cells, the CAR randomly goes into the genome of cells, and as a result they can express at different levels of potency. We insert the CAR into one location, which takes away that variability,” Kane said. The company expects to share clinical trial data late this year or in early 2021.

The off-the-shelf CAR-T field has hit some obstacles, though. Cellectis is developing an anti-CS1 CAR-T for multiple myeloma that’s also designed for off-the-shelf use, but the FDA put a phase 1 trial on hold after one patient on the higher dose being tested developed cytokine release syndrome (CRS) and died of cardiac arrest.

The company is reviewing the case, and once Cellectis provides feedback to the FDA, the agency will have 30 days to decide whether to restart the trial, Cellectis CEO André Choulika, Ph.D., said in an interview.

Another potential option for off-the-shelf cell therapies for cancer is to engineer them not with T cells, but with different residents of the immune system known as “natural killer” or NK cells. These cells can be taken from donors and given to patients without causing GVHD, and they have an innate ability to recognize and destroy cancers. But there typically aren’t enough NK cells to infiltrate tumors effectively, and the cells tend to be short-lived.

Nkarta is developing NK cell therapies that are designed to address both those shortcomings. Nkarta’s cells are engineered so they have an enhanced ability to recognize eight ligands that are upregulated in several blood cancers and solid tumors. The cells also express interleukin-15 (IL-15), a cytokine growth factor.

“We’re able to maintain the growth of the cells for a long period of time,” said James Trager, Ph.D., chief scientific officer of Nkarta, in an interview. The company recently raised $114 million in a series B round and expects to move its lead candidate, NKX101, into clinical trials by year-end.

Two startups are hoping to harness the power of anti-cancer drugs to enhance the potency of NK cells. Artiva debuted in June with $78 million in series A financing and a plan to test its NK cells in combination with anti-cancer monoclonal antibodies.

Acepodia was founded in 2016 by Patrick Yang, Ph.D., a former exec at CAR-T maker Juno Therapeutics, and is now pursuing NK cell therapies conjugated with therapeutic antibodies. Its lead program combines an NK cell with a monoclonal antibody targeting HER2, an antigen found in breast, gastric and other solid tumor types.

Meanwhile, Gilead is in on the NK act as well, building on its strong position in CAR-T therapies. In April, it penned a partnership with Australia-based oNKo-innate, which is using genomic screening to find pathways that boost the ability of NK cells to combat tumors.

“We’re looking at the intracellular pathways that are either inhibiting or preventing the optimal expansion and development of an NK therapy,” Peter Emtage, Ph.D., Gilead’s senior vice president of cell therapy research, said in an interview. “We need to identify the optimal structure that will make that NK cell the best it can be.”

Gilead envisions the field of cell therapy moving beyond the single-modality approach and toward a more “holistic” view of treating cancer, Emtage said. “We have to start thinking outside of the classical Yescarta CD19 therapy and start looking for methods to harness the endogenous immune system, so that we can make a concerted impact on the tumor.”