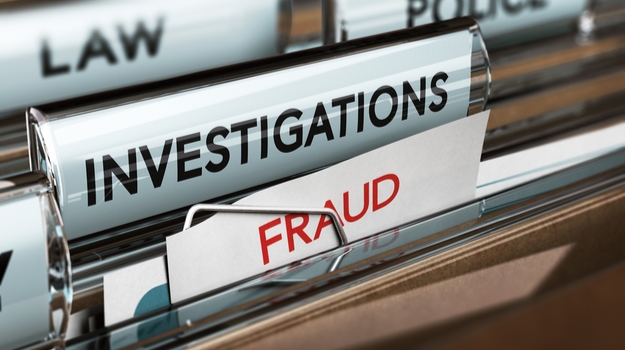 Petit and Taylor were indicted last year. The government said the two engaged in a scheme to “fraudulently inflate” the revenue of Georgia-based MiMedx. The jury found Petit and Taylor guilty of using secret agreements and corrupt financial inducements with four distributors to materially misstate the quarterly and annual sales revenue of MiMedx.

“In the process, they deceived the SEC, auditors, and the investing public, repeatedly misrepresenting the financial condition of their publicly-traded company. Now they await sentencing for their crimes,” U.S. Attorney Audrey Strauss, the acting United States Attorney for the Southern District of New York, said in a statement.

Petit and Taylor fraudulently inflated revenue figures in public announcements in order to ensure that financial reports fell within MiMedx’s publicly announced revenue guidance. Additionally, the men would then falsely tell the public that the company was accomplishing growth across 17 consecutive quarters, from 2011 through year-end 2015. The fraudulent manipulation of MiMedx’s revenue caused MiMedx to report materially inflated revenue in the second, third, and fourth quarters of 2015, and for the full year 2015. In its 2015 10-K, MiMedx reported annual revenue that was fraudulently inflated by approximately $8.2 million, the government said. Without that fraud, the government said MiMedx would have missed quarterly revenue guidance in the third and fourth quarters of 2015 and annual revenue guidance for 2015, as well as analyst revenue consensus for the second through fourth quarters of 2015 and the full year 2015.

MiMedx conducted an audit and in 2018 announced that it would need to restate its financial statements for 2012 to 2016, as well as part of 2017. The 15 month-long independent investigation from the audit committee uncovered evidence of material wrongdoing on the part of the company’s prior senior management team. That financial reassessment was somewhat forced due to concerns raised by short-sellers. Aurelius Value and Viceroy Research both published negative reports on MiMedx that included accusations of channel-stuffing as well as make claims that the U.S. Department of Veterans Affairs is investigating the company.

Petit abruptly resigned from his role as CEO following the audit.

Not only were there problems with the company’s books, but Petit had also come under scrutiny for demands he placed on his employees, including allegedly demanding his employees make contributions to Republican campaigns during the 2016 elections. According to reports at the time, Petit sent managers in the company an email demanding they make donations to the company PAC “IMMEDIATELY,” according to the report. Federal law prohibits businesses from demanding employees to make contributions to PACs or political campaigns.

MiMedx was also embroiled in controversy with the U.S. Department of Veterans Affairs. In 2018, three VA employees were indicted on charges they accepted bribes from MiMedx for pushing the company’s wound care products.

Gold futures end higher for the session, down for the week