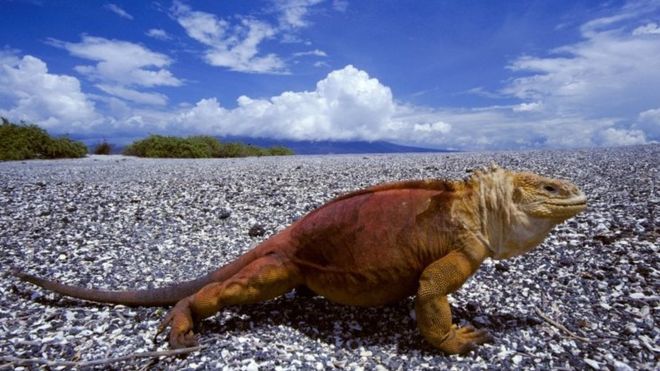 The authorities in the Galapagos islands have banned the sale and use of fireworks in the archipelago to protect its unique fauna.

Fireworks that produce light but no sound have been excluded from the ban.

Thousands of people visit the islands every year, drawn by its biodiversity and pristine environment.

‘Gift to the world’

The Galapagos are located about 1,000km (621 miles) off the coast of mainland Ecuador.

“This is a gift to conservation for Ecuador and the world,” the president of the local council, Lorena Tapia, wrote on Twitter.

“Ecosystems as sensitive as that of the Galapagos Islands are affected [by fireworks], especially its fauna, which is unique,” she added.

The authorities also said that fireworks caused many injuries every year, particularly among children.

The campaign against fireworks began in 2017. The measure, which takes immediate effect, bans transportation of fireworks to the islands as well as their sale or use.

There is increasing pressure on the Ecuadorean government to do more to protect its sensitive ecosystems.

Single-use plastics have also been banned on the islands, which have a population of 25,000 people.

The indigenous species found on the Galapagos islands, including iguanas and tortoises, played a key role in the development of Charles Darwin’s Theory of Evolution.