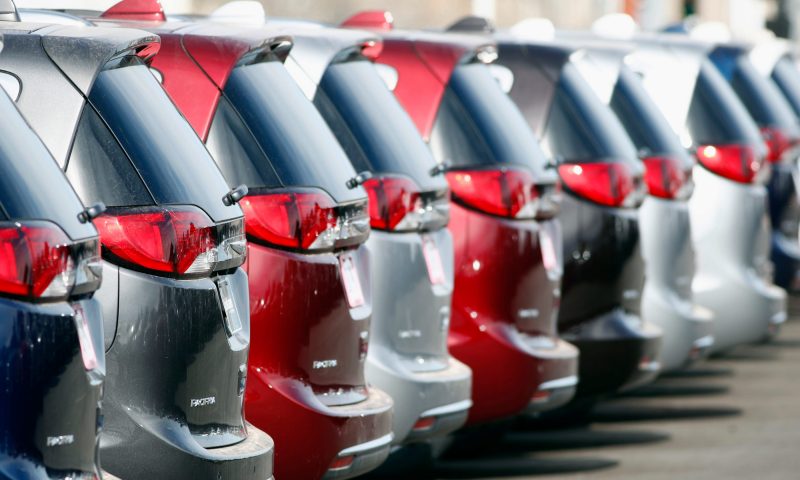 Source: Fiat Chrysler, Renault are in discussions about a possible alliance.

NEW YORK — Carmaker Fiat Chrysler Automobiles and French automaker Renault are in talks about a possible alliance, as both companies seek to address technological and regulatory challenges in the industry.

A person with knowledge of the matter confirmed the advanced discussions, first reported by the Financial Times. The person spoke on condition of anonymity because the negotiations have not been made public.

Fiat Chrysler has for months been the subject of merger speculation, with PSA Peugeot also reportedly interested.

Collaboration between automakers has taken on importance in recent years as they seek to build their technological capabilities in pursuit of electrical vehicles, net connectivity and artificial intelligence for vehicles. Automakers are also under pressure from regulators, particularly in Europe and China, to come up with electric vehicles so they can meet tougher pollution limits.

Volkswagen and Ford formed a global alliance in January to develop commercial vans and medium-sized pickups and explore cooperation on future battery-powered and autonomous vehicles and services.

Renault is already in a three-way global alliance with Nissan and Mitsubishi, a partnership that has been frayed since the arrest of former Nissan chairman Carlos Ghosn on financial misconduct charges in Japan. Together, the three companies are the biggest maker of passenger cars in the world.

Fiat Chrysler CEO Mike Manley told analysts earlier this month that he expects further consolidation in the industry in the near term, though he has stressed that the company can continue to make it as an independent player.

Manley also told analysts that Fiat was taking action to address weaknesses in Europe. North American sales accounted for virtually all of the U.S.-Italian carmaker’s profits in the first quarter, a difficult period that saw a 47% drop in profits due largely to production changes.

The Financial Times reported that a number of partnership options between Renault and Fiat Chrysler are being considered, but that the talks have moved beyond sharing technology.