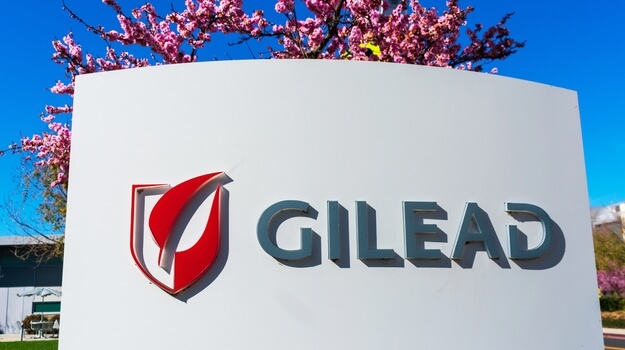 The company indicates the agency requested data from the MANTA and MANTA-Ray trials before completing its review. Both studies were designed to evaluate whether filgotinib had an impact on sperm parameters. There are also apparently concerns over the overall benefit/risk profile of the drug’s 200 mg dose.

“We are disappointed in this outcome and will evaluate the points raised in the CRL for discussion with the FDA,” said Merdad Parsey, Gilead’s chief medical officer. “We continue to believe in the benefit/risk profile of filgotinib in RA, which has been demonstrated in the FINCH Phase III clinical program.”

Gilead and Galapagos NV are partners in the development and commercialization of filgotinib in RA and other inflammatory disorders. They have multiple clinical trial programs for the drug in inflammatory diseases, including the FINCH Phase III program in RA, the Phase III SELECTION trial in ulcerative colitis, the DIVERSITY Phase III trial in Crohn’s disease, the Phase III PENGUIN studies in psoriatic arthritis and Phase II studies in uveitis and in small bowel and fistulizing Crohn’s disease.

Under the terms of the deal between Gilead and Galapagos, Galapagos is up for a $100 million milestone payment if the drug is approved in the U.S. After this CRL, Galapagos revised its full year 2020 operational expense guidance to between €490 and €520 million. Gilead shares dropped 3.4% in after-hours trading yesterday.

The MANTA and MANTA-Ray trials are ongoing, fully recruited, and topline data are expected in the first half of 2021.

It seems unlikely that Gilead will be able to refile before the end of the year, and with data not expected on MANTA and MANTA-Ray until the first half of next year, they are unlikely to refile until mid-2021, which would suggest sometime in 2022 as the earliest timeline for approval, if the data supports it. This places the company far behind its rivals in the JAK inhibitor market. JAK inhibitors typically come with a black box warning over safety concerns, and Gilead and Galapagos have generally suggested filgotinib would have a better safety profile. But the drug’s effect on sperm has been a concern over the course of development. Analysts have mentioned that testicular toxicity worries may have been a factor when AbbVie decided to abandon the drug in 2015 and turn their energies and resources to Rinvoq, which was approved in August 2019 for moderately to severely active RA.

A JAK inhibitor, filgotinib has selectivity for a subtype JAK1 of the enzyme, which is why Gilead and Galapagos believe it would have a better safety profile than less selective JAK inhibitors, such as Pfizer’s Xeljanz (tofacitinib), Eli Lilly’s Olumiant (baricitinib) and AbbVie’s Rinvoq (upadacitinib), which are on the market.

Both Gilead and Galapagos thought that their data and discussions with the FDA would not require the data from the MANTRA and MANTA-Ray studies for approval. At an R&D event in November 2019, Walid Abi-Saab, Galapagos’ chief medical officer said, “Neither of them are needed to … gate filing. Once they become available, then they will be used, whether it will be … during the review process or afterwards.”

The FDA’s note about the overall benefit/risk of the 200 mg dose may suggest, according to Jefferies analysts, that the FDA’s concern “does not just relate to male toxicity.”

Michael Yee, analyst with Jefferies, also wonders if Gilead should abandon filgotinib, writing in a note to investors, “We do believe there is a reasonable debate amongst investors as to how much investment Gilead should make into filgo anyway—and if they backed off of filgo investments … would this actually be a potential positive to Gilead margins and return on investment to invest in other areas.”