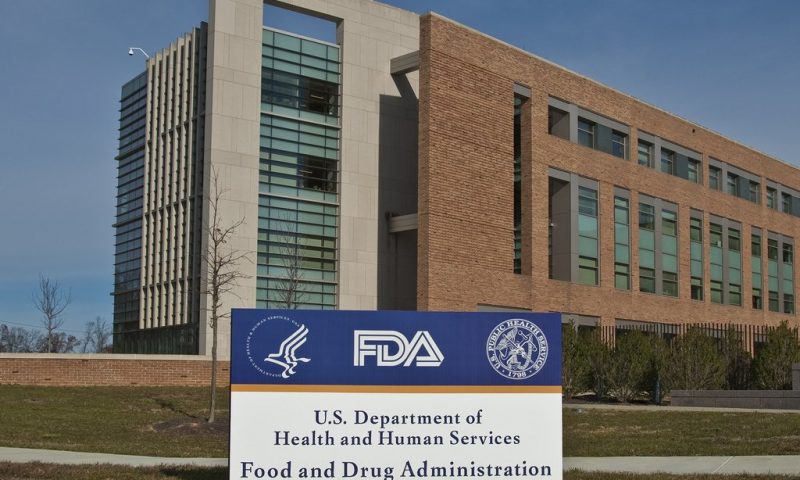 After dozens of trials over more than 15 years, Pfizer and Eli Lilly’s osteoarthritis hopeful was poised for an FDA decision in December 2020—that is, until the agency called a panel of outside experts to chew over the drug’s application. That panel came down against the drug in a vote on Thursday because of major safety risks and an inadequate plan to manage them.

The Arthritis Advisory Committee and the Drug Safety and Risk Management Advisory Committee voted 19-1 that a drug safety strategy proposed by the companies would not ensure the benefits of the drug, tanezumab, outweigh its risks.

Pfizer and Lilly are seeking approval for tanezumab, a monoclonal antibody that targets nerve growth factor (NGF), for the treatment of osteoarthritis, the most common form of arthritis. It is given via injection just under the skin every two months. The duo is positioning the drug as an alternative to treatments such as nonsteroidal anti-inflammatory drugs (NSAIDs) and opioids, which can be addictive.

However, there is “no convincing evidence” that tanezumab works better than NSAIDs, such as ibuprofen, FDA staff wrote in briefing documents released on ahead of the meeting. What’s more, this “modest” effect is coupled with serious side effects, including neuropathy—or disease or dysfunction of nerves causing numbness or weakness—and destructive joint disease. Earlier studies showed a doubling in the rate of joint-related side effects when patients took tanezumab alongside NSAIDs.

Stopping treatment “might arrest the destructive process,” but there are “inadequate data to inform whether that assumption is true,” FDA staff wrote.

The companies plan to market the drug with a risk evaluation and mitigation strategy (REMS) to address these concerns. The plan includes counseling patients on the risk of joint destruction and avoiding the use of NSAIDs, monitoring the patient for pain from so-called rapidly progressive osteoarthritis and taking X-rays of the patients’ knees and hips within two months of the first dose and then annually after that.

FDA staff were skeptical this plan would work, writing in the briefing documents that it is “likely unfeasible,” and that no data exist to support the plan’s effectiveness.

The panel largely agreed, noting that the plan would involve screening for arthropathy, or joint disease, but would not actually mitigate risk because it would be too late to ward off such damage once it had been detected. Some panelists said educating patients about the risks of taking NSAIDs alongside tanezumab might be the most useful part of the strategy but were not confident it would be effective.

Patients can get NSAIDs over the counter and may not be clear on the difference between this class of drugs versus other analgesics, such as acetaminophen, said Maria Suarez-Almazor, M.D., Ph.D., chief of rheumatology at University of Texas M.D. Anderson Cancer Center and acting chairperson of the Arthritis Advisory Committee.

All but one of the panelists voted that the risk mitigation plan would not ensure the benefits of tanezumab outweigh its risks. They offered two main reasons: First, the drug simply doesn’t work well enough to warrant those risks, and second, the strategy doesn’t do enough to ward off those potential side effects.

“The REMS is too porous,” said Lewis Nelson, a professor at Rutgers New Jersey Medical School who specializes in medical toxicology and emergency medicine.

“I was hoping that we would see a drug that had a greater benefit where the benefit would outweigh the risks. Unfortunately, I don’t think that is the case,” said Edward Cheng, M.D., a professor in the department of orthopedic surgery at the University of Minnesota. “The sponsor is doing as much as they reasonably can, but I don’t think they can modify it to a point that can make it acceptable.”

The REMS is missing two key measures, said Collin Hovinga, a professor of pharmacy at the University of Texas at Austin, and Martin Kuldorff, a biostatistician and professor of medicine at Harvard Medical School and Brigham & Women’s Hospital. There’s no way to catch joint damage early, nor a way to figure out which patients are at risk of developing joint-related side effects, they said.

Other panelists didn’t think changing the risk mitigation plan would be the answer.

“I think the REMS program is not practical; as Dr. Cheng pointed out previously, it’s diagnostic. It won’t be followed very well by patients or providers and the risks of this drug outweigh the relatively modest benefits regardless of REMS… I don’t see any way to modify a REMS to change that balance,” said Steven Meisel, system director of medication safety at M Health Fairview in Minneapolis .

“I do worry that if this is approved, even with REMS, the harm seen in the trials will be magnified in the general population,” added Daniel Horton, assistant professor of pediatrics and epidemiology at Rutgers University.

While we are disappointed in today’s outcome, we continue to believe that the clinical data presented for tanezumab supports its benefit-risk profile,” said Jim Rusnak, chief development officer of internal medicine at Pfizer via email. “The patients whom we aim to help with tanezumab are suffering from significant, debilitating osteoarthritis pain and have exhausted available medical therapies and are hopeful for new, non-opioid treatments. We will continue to work with the FDA to determine next steps.”