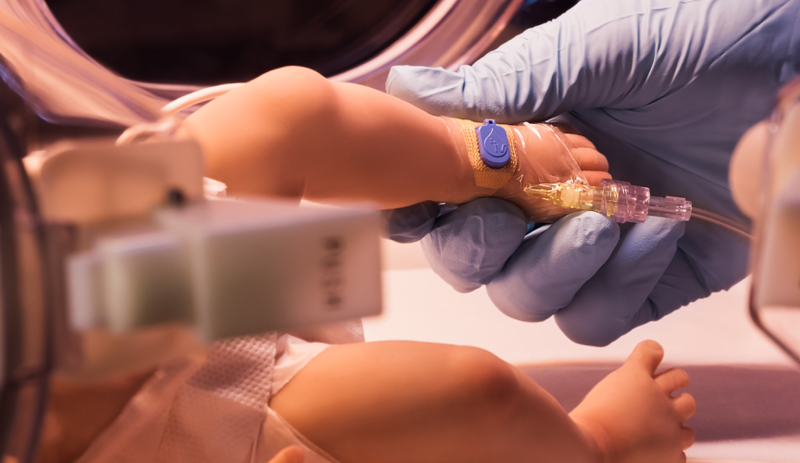 The FDA cleared a miniaturized and disposable sensor patch designed to detect early complications from IV drug infusions—including potentially harmful leaks of medication into the surrounding tissue, such as from a misplaced needle.

Available for all ages, ivWatch’s SmartTouch device tapes over the infusion site to continuously monitor for escaping IV fluids under the skin, and is designed to alert caregivers hours before they can be detected by sight or touch.

Using an optical sensor, the patch is capable of detecting fluid infiltrations of about 2 milliliters or less. ivWatch previously developed a larger, FDA-cleared peripheral IV monitor that measures a person’s tissue fluid volume changes, and attaches to a patient’s IV pole.

The new device is compatible with the patient monitor, and adds more options for IV site placement, including for neonates and children, the company said. ivWatch plans to supply the SmartTouch sensor, which previously received a CE mark, to hospitals, infusion centers and other facilities.

The company estimates that 46 million high-risk peripheral IVs are administered in the U.S. annually, and more than 20% may fail due to fluid infiltration.

In early April, ivWatch announced a distribution partnership with The Janz Corporation to supply its monitoring products to the U.S. federal government. This includes a focus on technologies that allow clinicians to keep a close watch on patients from outside their hospital rooms, to help conserve personal protective equipment and reduce potential exposures to COVID-19.

Why silver is trading at a nearly 4-year high