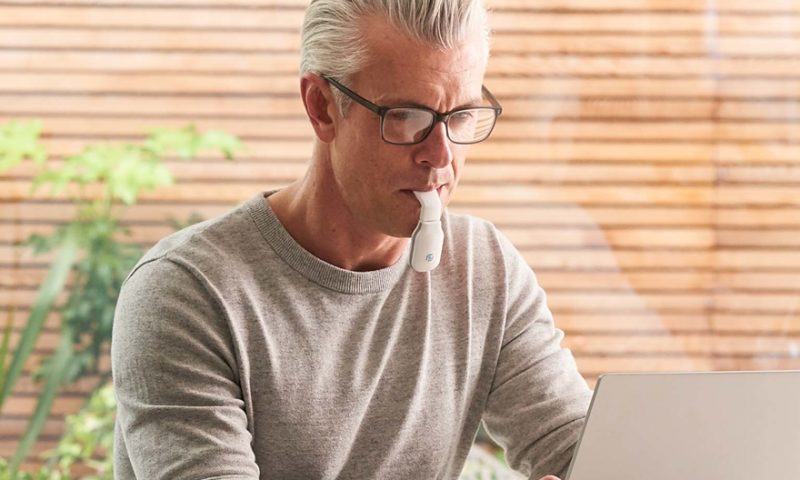 The FDA has granted a de novo clearance to a device designed to strengthen the muscles of the mouth and tongue to aid people suffering with sleep disorders such as mild apnea and excessive snoring.

Developed by Signifier Medical Technologies, the eXciteOSA prescription mouthpiece is made to be worn while a person is awake via daily, 20-minute sessions for at least six weeks. The device electrically stimulates and tones the muscles to help keep them from relaxing and blocking the airway during sleep.

“Obstructive sleep apnea not only impacts sleep quality, but can have other serious health impacts if untreated,” said Malvina Eydelman, director of the FDA’s Office of Ophthalmic, Anesthesia, Respiratory, ENT and Dental Devices. “Today’s authorization offers a new option for the thousands of individuals who experience snoring or mild sleep apnea.”

Formerly known as the Snoozeal device, the system includes a detachable silicone mouthpiece and rechargeable control unit, which can connect to a smartphone app to adjust the therapy. Electric pulses are delivered from four electrodes placed over and under the tongue.

Untreated sleep apnea—including shallow breathing and complete pauses in the flow of oxygen—has been linked to complications such as heart attacks, glaucoma, diabetes, cancer and cognitive and behavioral disorders, the FDA said. The device is not meant to treat serious cases.

A clinical trial found that the decibel level of average snoring was reduced by more than one-fifth in 75% of users following the initial six weeks of treatment. Among patients with mild obstructive sleep apnea, measures of severity dropped by nearly half among 85% of users. Common reported side effects included excessive salivation, tongue tingling, dental filling sensitivity, metallic taste, gagging and tight jaw.